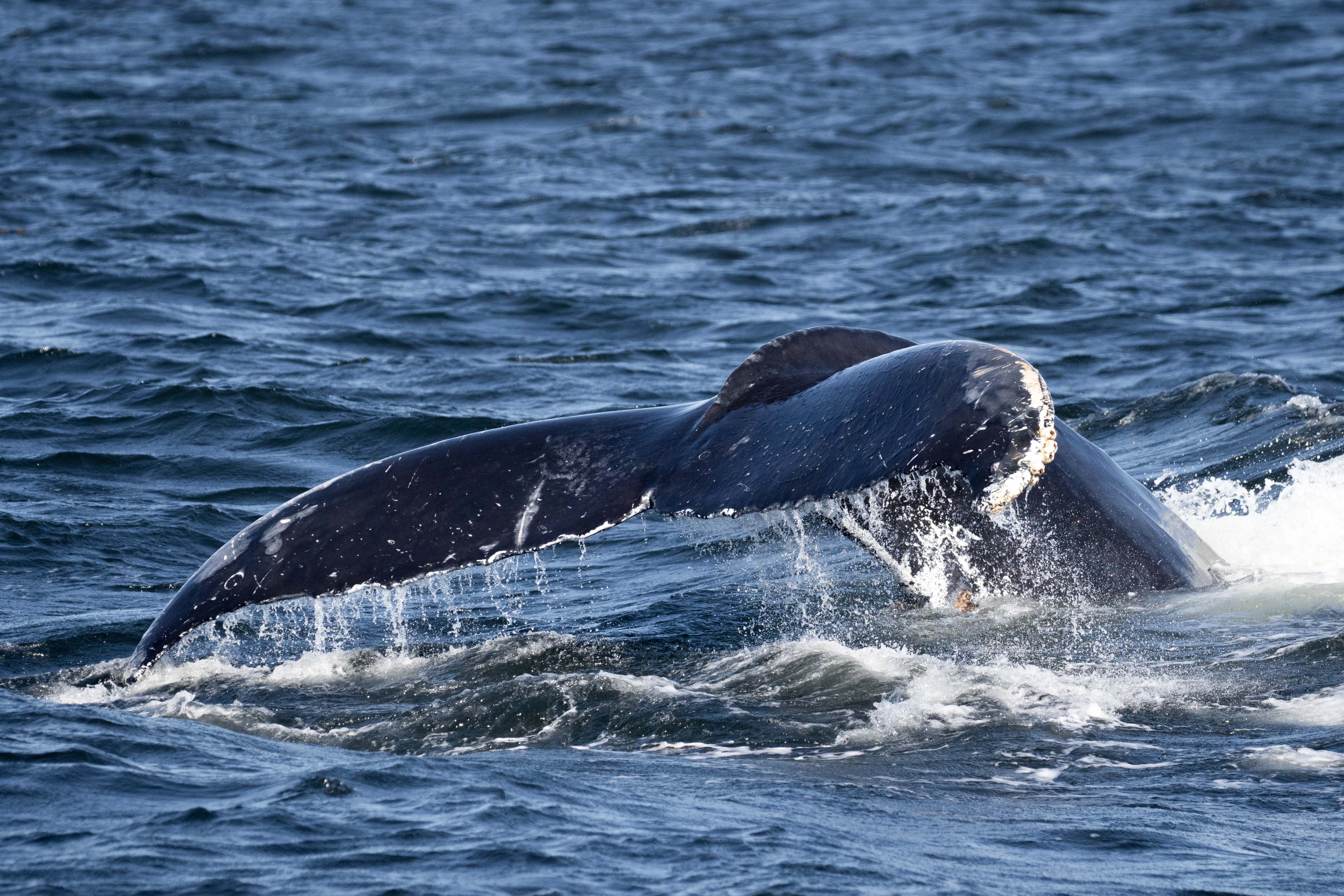 This morning I set sail on the New Horizon, along with Captain Danny and deckhand Andrew. We started off the day with good conditions and a nice warm sun as we set off north towards the Monterey Bay Submarine Canyon. We waved goodbye to a group of Sea Lions thermoregulating in the harbour, and headed out to sea! 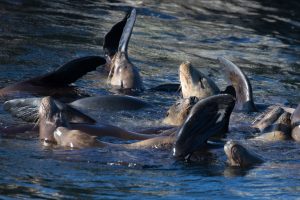 I enjoyed the sunshine from the back deck of the New Horizon, along with Andrew and 29 passengers. We had a travel time of around 40 minutes before we came up to our first cetaceans of the day – a pair of Humpback Whales! These two gave us really nice looks, as they slowly and predictably swam together towards the beach. We saw short dive times, and plenty of tail flukes. In fact one of them acted a bit funny – it would fluke up, and then surface again about 15 seconds later, only to fluke up again immediately. This had me thinking that there might be a sneaky third whale in the area! Until we repositioned and I managed to get some ID shots of the underside of their tails. Just a sneaky humpback whale trying to trick us. 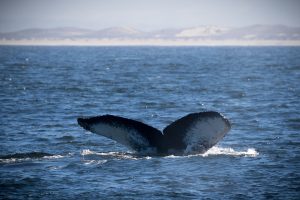 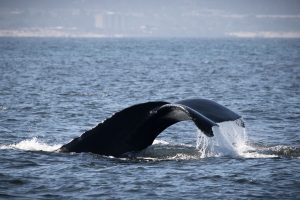 After getting some good looks, we left our whale friends on their own and went off to do some exploring. We got out into the deeper water, around 3000 feet deep over the submarine canyon. We didn’t manage to catch up to any more big baleen whales out there, but we did find some of their smaller, toothed relatives!

Captain Danny and I were looking out from the wheelhouse, with the splashes from plunge-diving pelicans making us second guess every bit of white water we saw. We were approaching a small work-up of birds and could see a bit of splashing underneath it. I had the binoculars fixed on the splashing but couldn’t really make out what it was.

Was it just sea lions? Or more pelicans? Maybe some porpoise?

We got closer and closer, and it turned out to be dolphins! Specifically, Pacific White-Sided Dolphins! 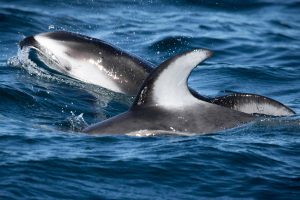 It looked like we had come across a pod doing a bit of feeding activity. They would periodically move around fast and then slow down for a few minutes. They were pretty much going around in circles the entire time, and we got some awesome looks as they came nice and close at a few points, even crossing the bow once and swimming underneath us too! 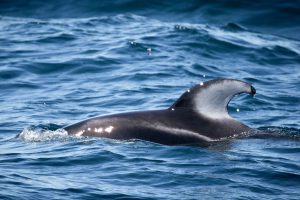 Back into the harbour, we dropped off the passengers, picked up some more, and headed straight back out! Good looks at sea lions and a baby sea otter before we headed back towards the same areas we found the whales this morning. 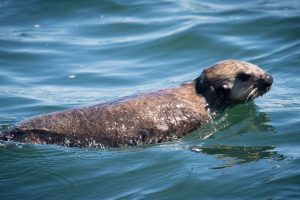 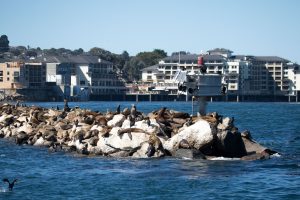 The wind had actually picked up a little bit by then so we had a little bit of a bounce going, but nothing too bad. We pointed back out to the same area, where some other boats were back with our whales from this morning. We set a course directly for them, but actually found our own whale on the way! A few miles before we reached them, our own whale popped up pretty much right next to us! 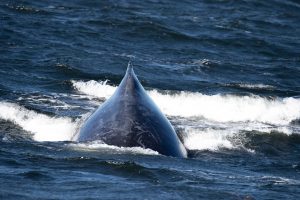 We stuck with this whale for the entire trip and got really nice looks. Plenty of fluking, plenty of sub-surface lunge feeding (rolling over and showing us pectoral fins after) and one big vertical lunge feed!

Somehow I missed getting photos of all the lunge feeding but I still managed to get nice tail shots. We were also super happy to have some nice close passes. This whale was anything but predictable, constantly turning around and changing direction on us. This sort of worked in our favour as we had a light load and could easily switch sides, and it meant that there were a few times where the whale popped up RIGHT next to us! Close enough to sneeze on! Again, I had the problem of being too excited to take photos at certain moments. But I got it with my eyes, which is the only camera that really matters! 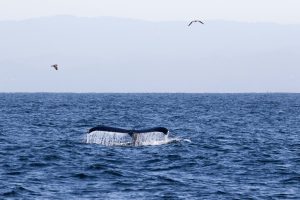 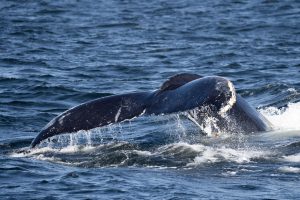 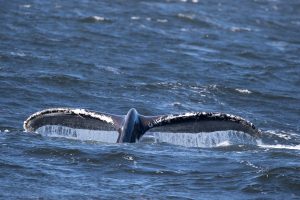 Eventually, it got to the point where we had to turn around to get home in time. This was just about the time when the wind picked up a got a bit chiller and bouncier, but even then I still wanted to spend more time with this awesome whale!

Another great day out on the water.