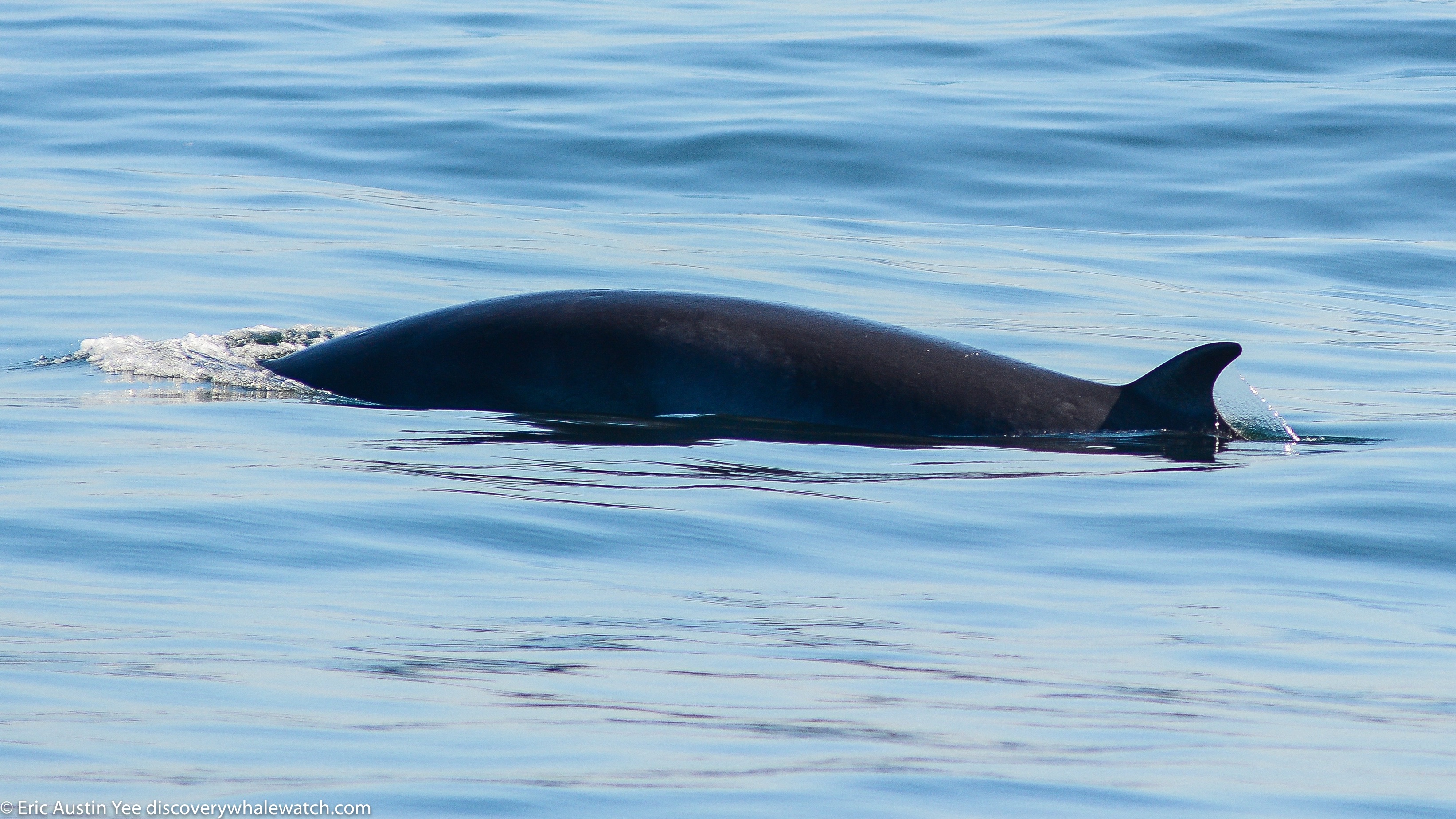 A variety of amazing animals showed up during our 9AM trip today! Even though there was a variety, we strived for great looks with a few of them. The first humpback whale I found produced a single blow and disappeared. Capt. Rod decided it was wise to let the long winded whale be and we continued our journey towards the South where the action has been.

Fellow whale watching boats reported seeing some many blows towards the South but could not ID the species of whales. So we decided to go help out and try to get a better look at the whales. As we neared the mouth of the Carmel Bay, Capt. Rod spotted 3 blows near Point Lobos. We quickly went towards the multiple blows and as we approached them, they disappeared. From a distance, the blows did appear to be the height and shape of humpback whales. We stayed in the area for awhile to relocate the animals but they never reappeared. A fellow whale watching boat was right behind us and failed to relocate the animals too. Luckily, as I scanned the area, a small pod of Risso’s dolphins showed up in the Carmel Bay. As we neared the pod of Risso’s we realized that our buddy, Casper the albino Risso’s dolphin was in the small pod. 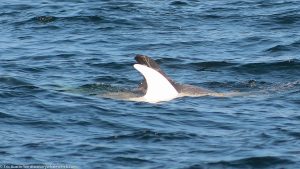 Casper the albino Risso’s dolphin and a pod member with normal pigmentation near by.

After some quality time with Casper, we continued offshore to get our passengers a look at the largest living animal on the planet, the blue whale! The huge creature gave us about 3 great looks at its huge body as it headed to deep waters offshore. We let the blue whale be and decided we should head North back into the Monterey Bay towards our home base. Our crew at Discovery Whale Watch never stop looking for animals and as we headed home a got a quick glimpse of a dorsal fin. Capt. Rod and myself thought we saw a lone dorsal fin pop up near us in front of Pebble Beach. A few sharped eyed passengers thought they saw something too. As we investigated the area I spotted a tiny minke whale about 100 yards ahead of us! Capt. Rod kept the animal along our starboard side and the usually shy minke whale provided our guest with great looks.

A tiny minke whale delighted our passengers with many close approaches.

Thanks for reading everyone, Naturalist Eric Austin Yee