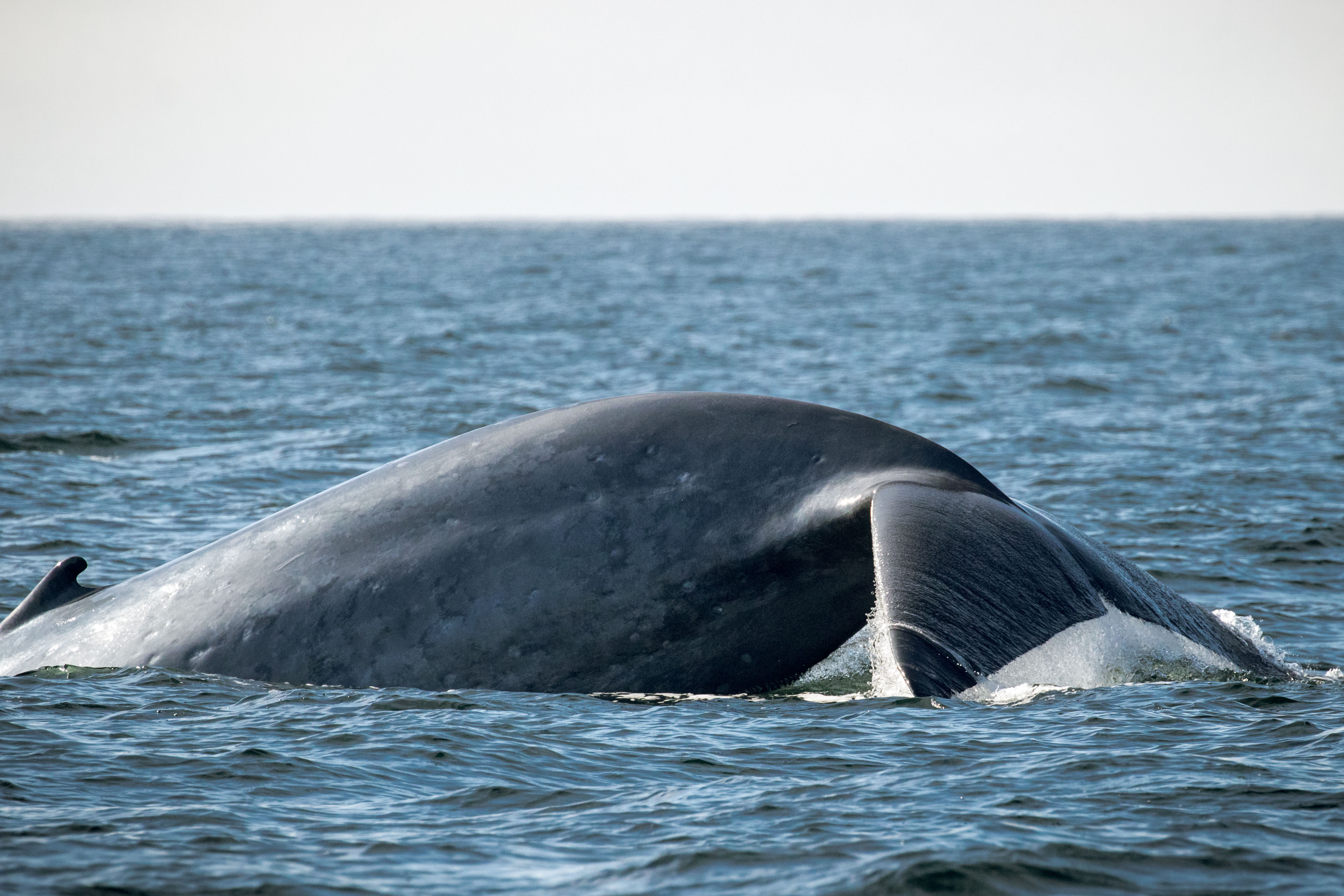 I was standing on the wharf drinking my morning coffee when Captain Rod and deckhand Kevin tied up the boat after refuelling this morning. I wave hello, and Rod steps out of the wheelhouse to immediately tell me the news – one of our coworkers was out fishing and had seen Blue Whales! They were last spotted down south, around Point Lobos. My favourite spot in the area to watch whales, because of the awesome surrounding scenery.

We loaded the boat up with a pretty light load and set sail from the harbour with really favourable conditions. As we were making our way out, I hung around on deck with the passengers. I got talking to a lovely couple who were no strangers to whale watching, quite experienced with their local area in Massachusets. We talked a bit about what to expect this time of year, and they told me that while they had a bit of experience with Humpback and Fin Whales, they had never seen a Blue Whale and it was at the top of their list. The pressure was on. Fingers crossed that the blues were still there!

We passed a single humpback on the way down south, and before long we were there. These blues proved super easy to track down, and we were on them almost immediately. They did dive as we approached, so we sat for a bit and waited. They were down for about 10 minutes. When they popped up, they did so a little bit too far away for us to watch. We tried to catch up to them, but they had dived by the time we got in range for viewing. We slowed the boat down again and got ready for another long wait when all of a sudden they popped up again! Only about a minute after going down! This time, they were right next to us. 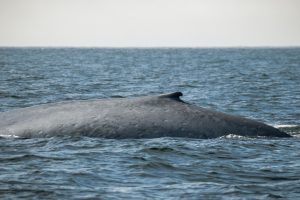 I was in awe. Two majestic, magnificent, mighty blue whales just hanging out right next to our boat. I made some weird, excited noises. Kevin also made some weird, excited noises. The blue whales didn’t seem to care – they continued breathing, slowly moving, and then went down. As they went down, we got an astonishing look at one of their giant tail flukes. These flukes get about 25 feet wide, and this fluke was right next to us. Makes you feel pretty small. 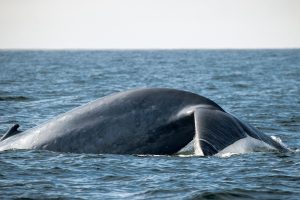 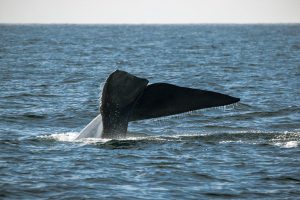 I may have got a little bit too excited, and lay down on the ground for about 5 seconds to regain my composure. I then went and shook the hands of my new friends from Massachusets – we did it! We got another two surfacings of these blue whales, but eventually, they started moving around a little bit too much so we thanked them for the awesome look, and then continued on our journey. 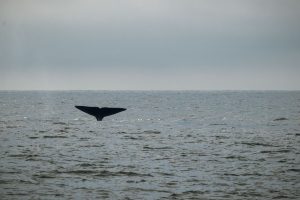 Back from Point Lobos towards the northern end of Carmel Bay, where we found Risso’s Dolphins! A little bit of arguing between myself, Rod, and Kevin over whether we were looking at dolphins or white-caps, but it was hard to mistake them when they started surrounding us. Risso’s have been on fire recently (figuratively), and today was no different! Dolphins surrounding us, doing close passes, smacking their heads on the water, some even fully breaching! This pod was especially interesting due to the number of juveniles. These were pretty obvious because they were so small, one single colour, and also lacked those characteristic scars all over the body. A couple of these juveniles even did some splashing for us! 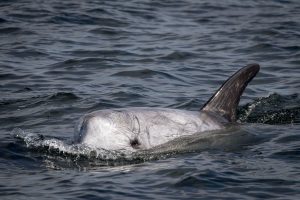 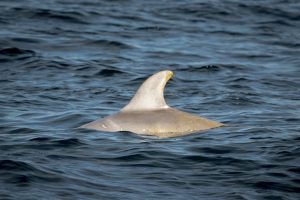 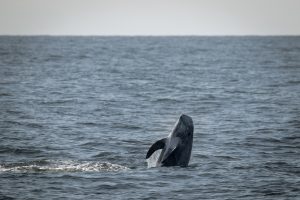 Pushing out further west, we had a quick look at a couple of Pacific White-Sided Dolphins before we ran into our first Humpback of the trip! We stuck with this one for a bit as it slowly moved north, getting a few awesome close looks, and some nice looks at the tail fluke. 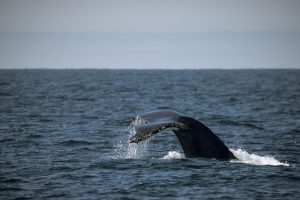 Time was getting tight, so we said goodbye to this whale and started pointing back in. We’ve been moving for about ten minutes when we see another blow. We automatically assume it’s a humpback. May as well go have a quick look!

We turn slightly to head towards it. Ooh, a second blow. Two humpbacks!

We’re moving towards these two humpbacks when we notice the blows are big. Like, really big. And the whale’s bodies aren’t really that dark… Is it just the sun? I put my binoculars on them, and it turns out they’re not humpbacks at all! Two more BLUE WHALES! They did an abnormally long surface, giving us time to approach and get awesome views before they go down, one of them showing off that enormous tail fluke again. Amazing end to an amazing trip. 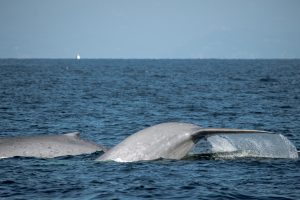 I was only working the morning and waved goodbye to the Pacifica as Rod, Kevin, and Eric took off on the 1:30 pm trip. I was already sitting at home when I got the text from Eric – Killer Whales had shown up in the afternoon! Lucky people. Another one of those days where I shouldn’t have left! 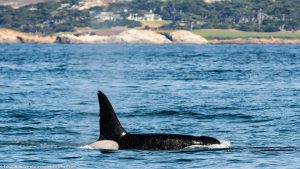 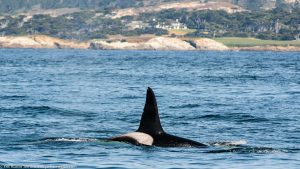 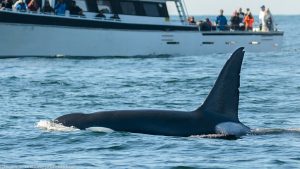