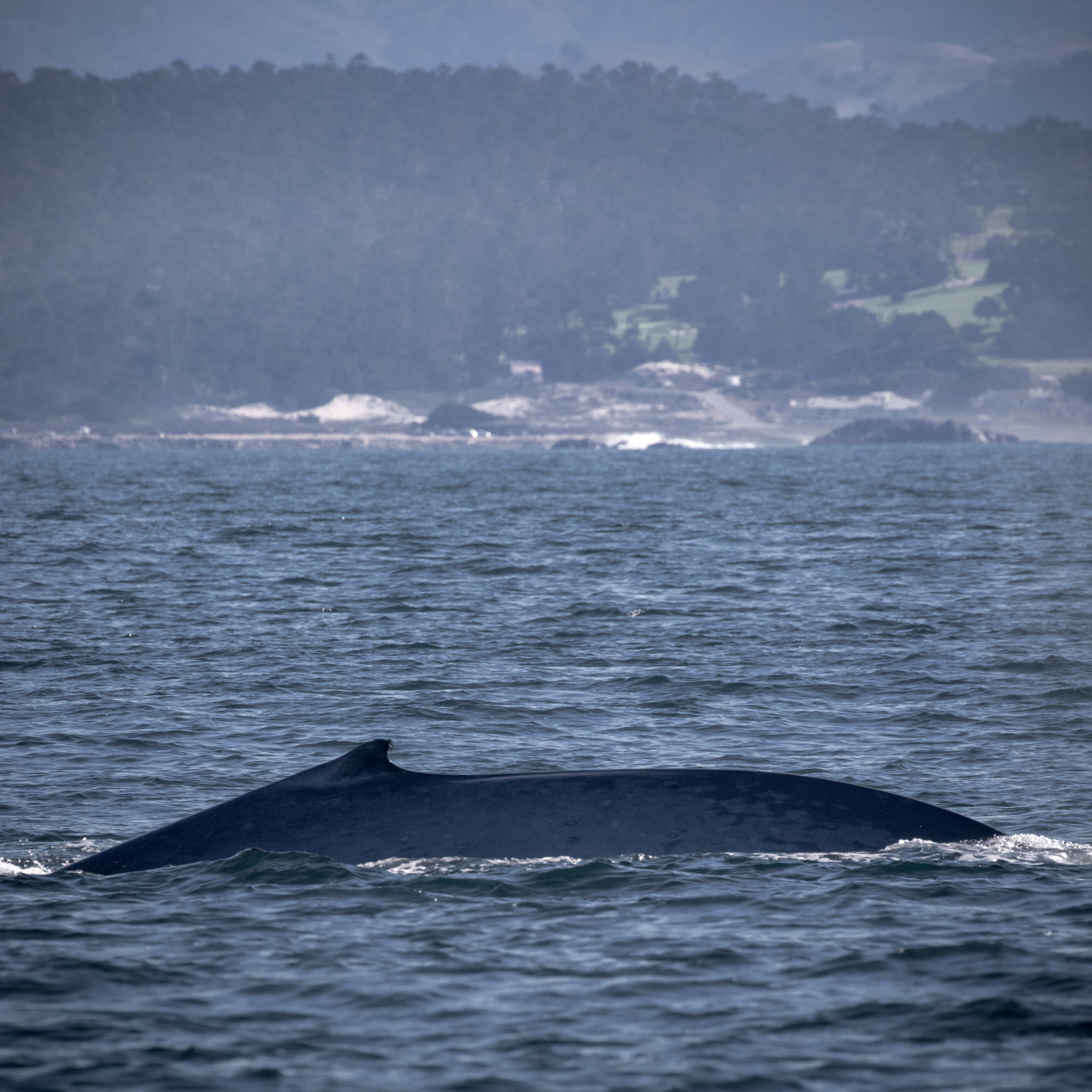 We only had one trip today, with Captain Rod, deckhand Reed, and myself (Naturalist Pete). The conditions were perfect, with very little wind. Although we did have a swell which ranged between 2-6 feet, the waves were so far apart that it was barely noticeable.

We initially went out north towards where the humpbacks had been recently but saw very little in front of us. We turned the boat to move southwest after hearing a report of some nice blue whales offshore. We made a pit stop to catch a few sightings of a pair of humpback whales. We did manage to see them a couple of times and got good looks at their tail flukes, but continued moving after they started to spend a bit too much time underwater. 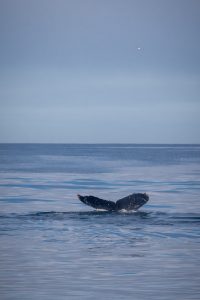 We pushed out further, and eventually came up to a nice group of three humpback whales! We were treated with amazing looks as soon as we arrived. These blue whales spent a nice amount of time at the surface, and it looked as if one individual was chasing another one around, as they moved quickly and took quite short dives. 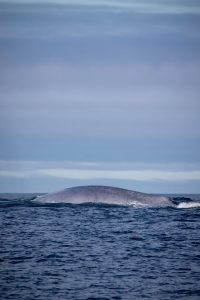 After a little bit of this, these blue whales started behaving normally, going down for a bit longer and moving a bit further away between surfacings. Regardless, we tracked them down and managed to catch them surfacing right next to the boat on our final look. 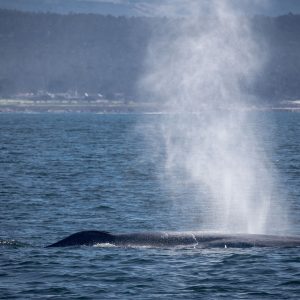 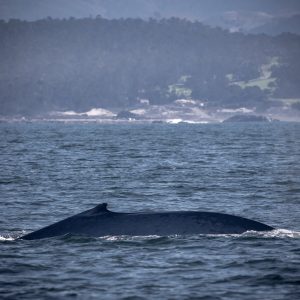 Great looks at Blue Whales, so we headed back home. We were already back in the harbour when Reed spotted a group of dolphins just outside. We turned the boat around and went to have a look at these guys, and managed to get nice looks at about 15 Risso’s Dolphins. 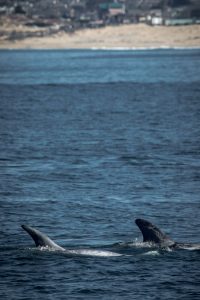 An awesome day out on the water, and this will be my last day for a while as I take a few weeks off to travel and spend some time with family. Looking forward to coming back in December!