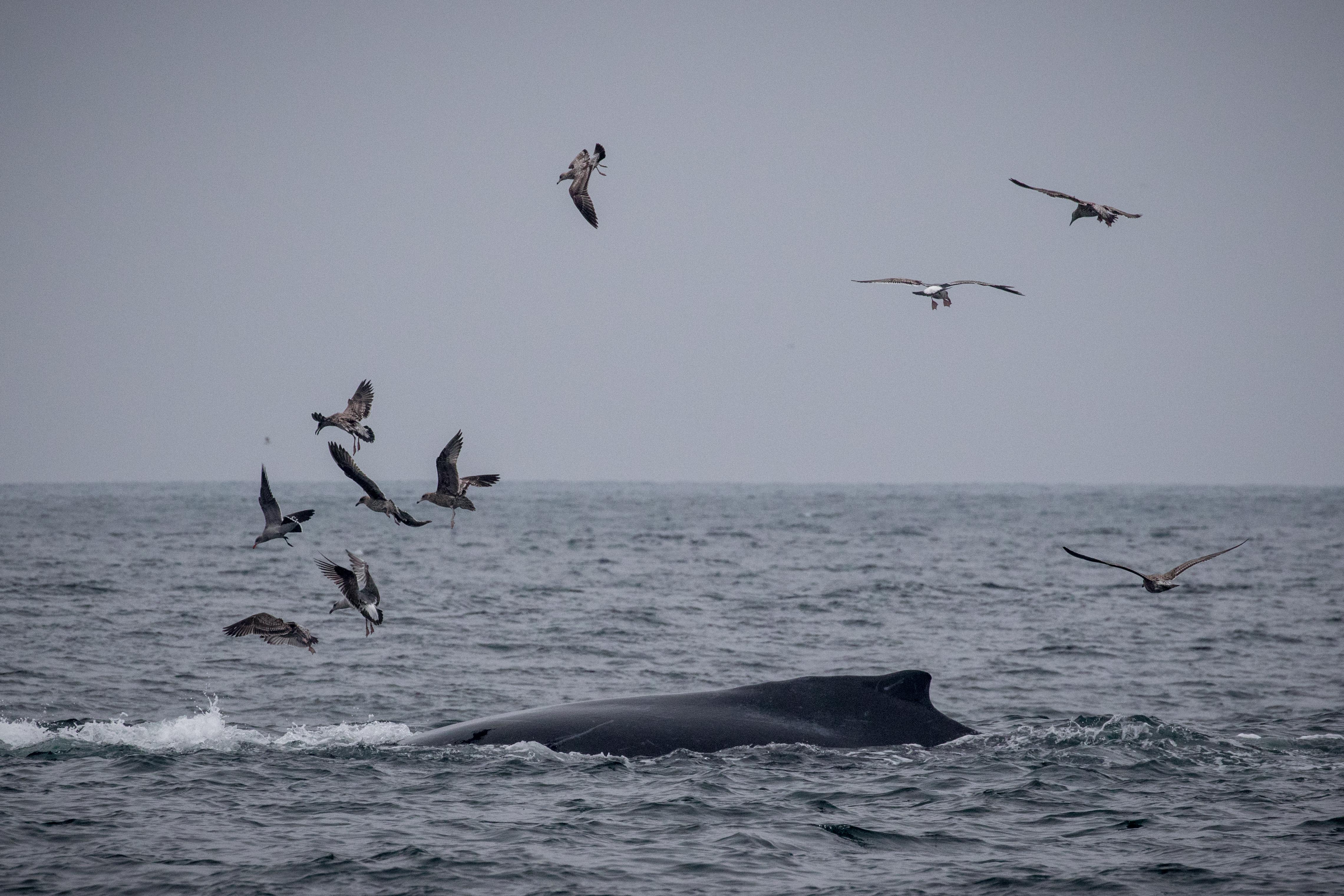 Today we headed out with Captain John, deckhand Daniel Rosa, I (naturalist Pete). We had an overcast day so it was quite cloudy and grey, but otherwise, the weather was perfect. We had a very light swell and pretty much no wind throughout the morning.

Recently our sightings had tended to be down south, but Captain John made the decision to head out north-west. He said that it seemed like everything had been pushing northward recently, and we would probably have more luck heading out that way.

He ended up being completely correct, as we shortly came across a Blue Whale right in our path! This was a single individual, moving around quite lazily and slowly. While we watched this one, another pair of blue whales popped up nearby! We got nice looks at the single before popping over and catching up with the pair for a bit. 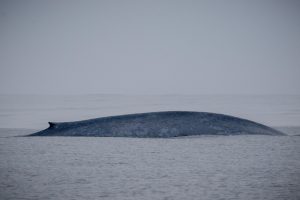 Three blue whales under the belt, we decided to head in towards the Moss Landing area to catch up with some humpback whales. We initially had a little bit of trouble, as we came up to a few groups of humpbacks that were quite tricky to watch, holding their breath for a while and moving a bit in between surfacings. We continued persevering until we spotted a giant raft of sea lions, probably at least a few hundred individuals. Seabirds were all following this raft, and it definitely looked like a good place for a whale to feed. We followed this group for a little bit, and then a humpback showed up! We got incredible views of this individual as it swam along with these sea lions. It surfaced regularly, with very short intervals in between. We even managed to see a vertical lunge feed as the whale came up out of the water! Beautiful. 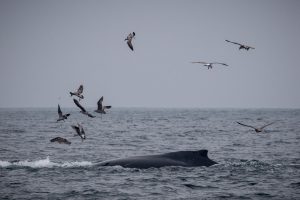 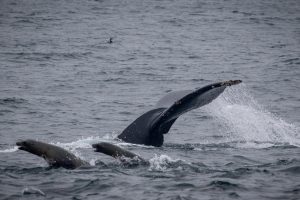 On our way back in, we took a quick detour and got a nice look at a small group of Risso’s Dolphins. These guys were pretty chill and easy to watch. 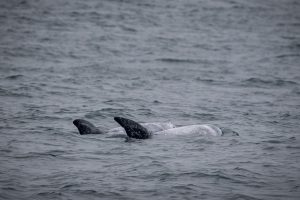 Another awesome day out on the water!