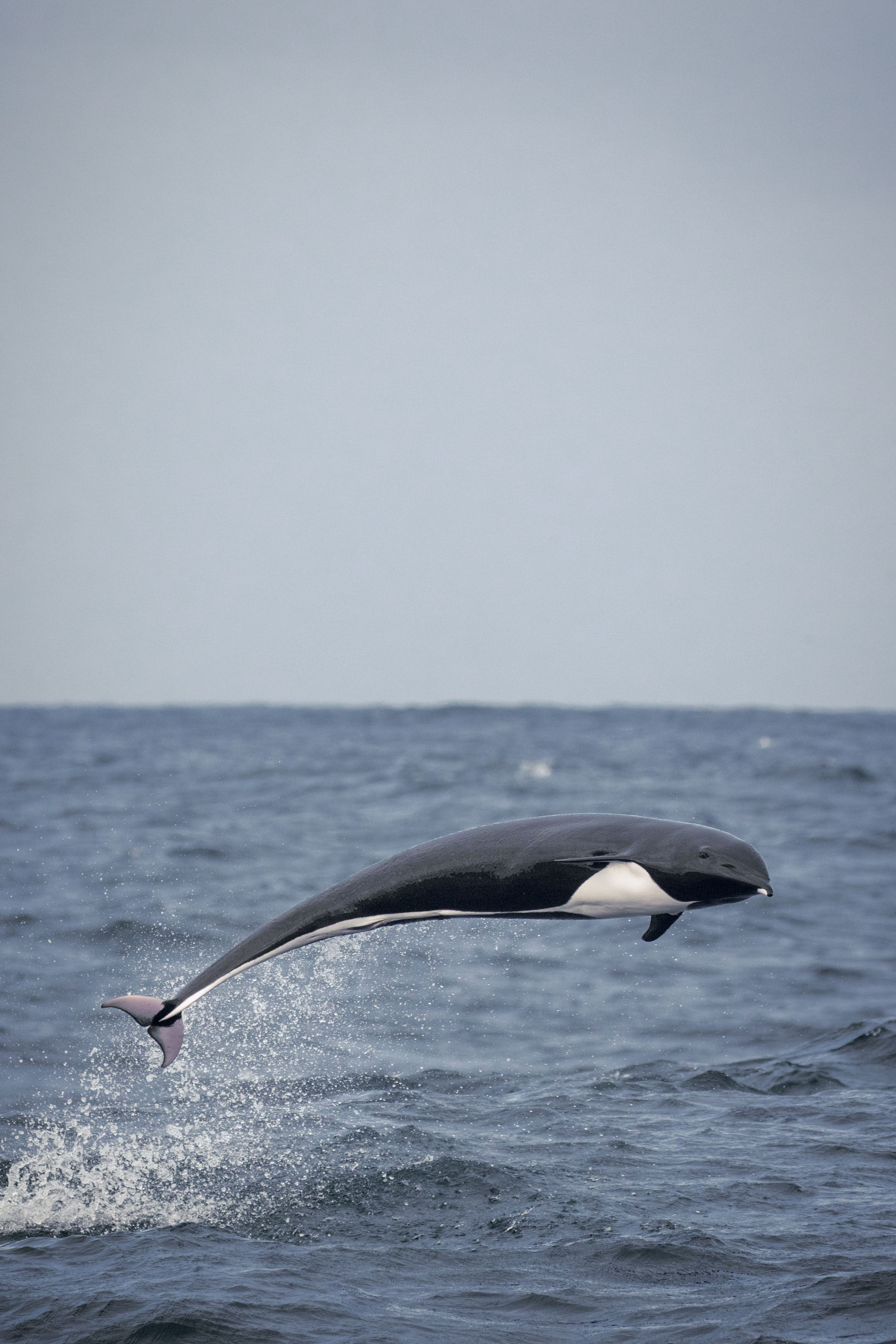 Today was a bit of a bumpy one. With a pretty big swell and a bit of wind, we were bouncing around a fair bit once we got out of the bay. Regardless, we still managed to get two awesome trips out of it! Because we had light loads, we went with just two crew today. Captain Danny drove the boat while I worked as both naturalist and deckhand. Our first cetacean spotting was about 5 minutes into the first trip, as we came across a group of thirty or so Risso’s Dolphins!

We got some good looks at a group of this species when all of a sudden I spotted a familiar body in another pod a little bit further off. I put my binoculars up and sure enough, we confirmed that it was Casper the albino Risso’s Dolphin! We got a good look at Casper and the other dolphins before we turned out west and headed offshore. We had a little bit of travel time ahead of us and wanted to get out to find the whales. 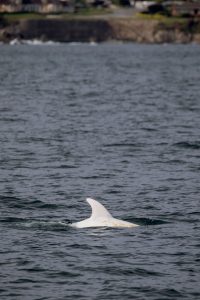 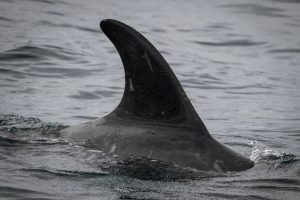 It took us about an hour from leaving the dock and we had come across a pair of Humpback Whales! We stuck with these ones for a while, and they gave us really nice views. They took short dives and were quite easy to watch as they moved predictably. 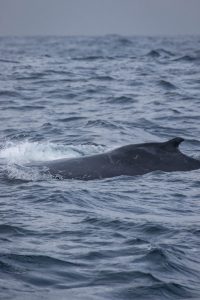 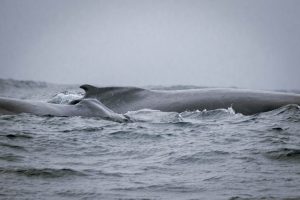 As we were getting these great looks, we suddenly saw something jumping out of the water, edging closer and closer. We immediately knew what it was – a Northern Right Whale Dolphin! Repeatedly breaching, over and over and over again! It jumped in the direction of the boat, coming right up next to us. And it wasn’t alone. 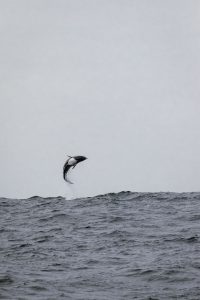 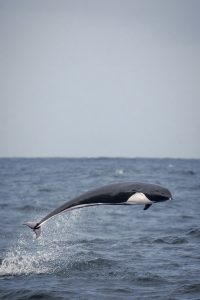 We found ourselves surrounded by about 400 or so Northern Right Whale Dolphins and Pacific White-Sided Dolphins. Around 200 of each species. Amazing looks as they jumped and swam nice and close to the boat. It was so exhilarating that I put my camera down and just watched, pointed, and yelled with excitement.

Eventually, it became time to head back in, offload the passengers, and head out on our afternoon trip. We went back to the exact same spot where the Humpbacks were, stopping briefly for a quick look at Casper and the other Risso’s dolphins. On our way out, we actually found a different pair of Humpbacks that were a little bit closer. As we’re approaching, one of the whales launches itself completely out of the water! It then repeated, about 6 or 7 times! Another one of those moments where my excitement meant that I didn’t manage to get a picture.

We stuck with this pair for a bit, and just like in the morning we got great looks. Although they didn’t breach again, we still managed to get nice close passes from them and see the details of their bodies. 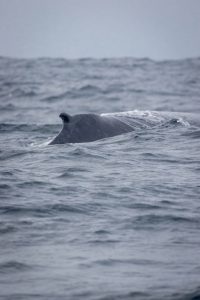 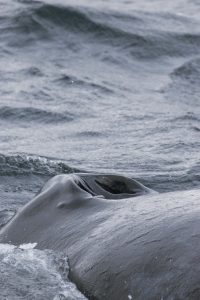 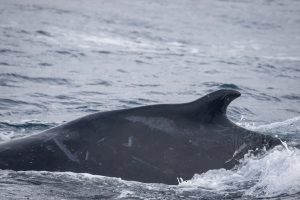 As we were about to leave, just like on the first trip, we were joined by dolphins! This time it was just the Pacific White-Sided Dolphins, and they jumped around having fun while swimming nice and close to the boat. As we started heading home, they stuck with us bow-riding for a while, easily keeping up with us at 12-15 knots! 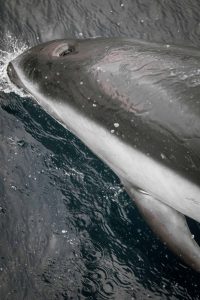 A bit bumpy today, but the encounters were amazing. Looking forward to tomorrow!