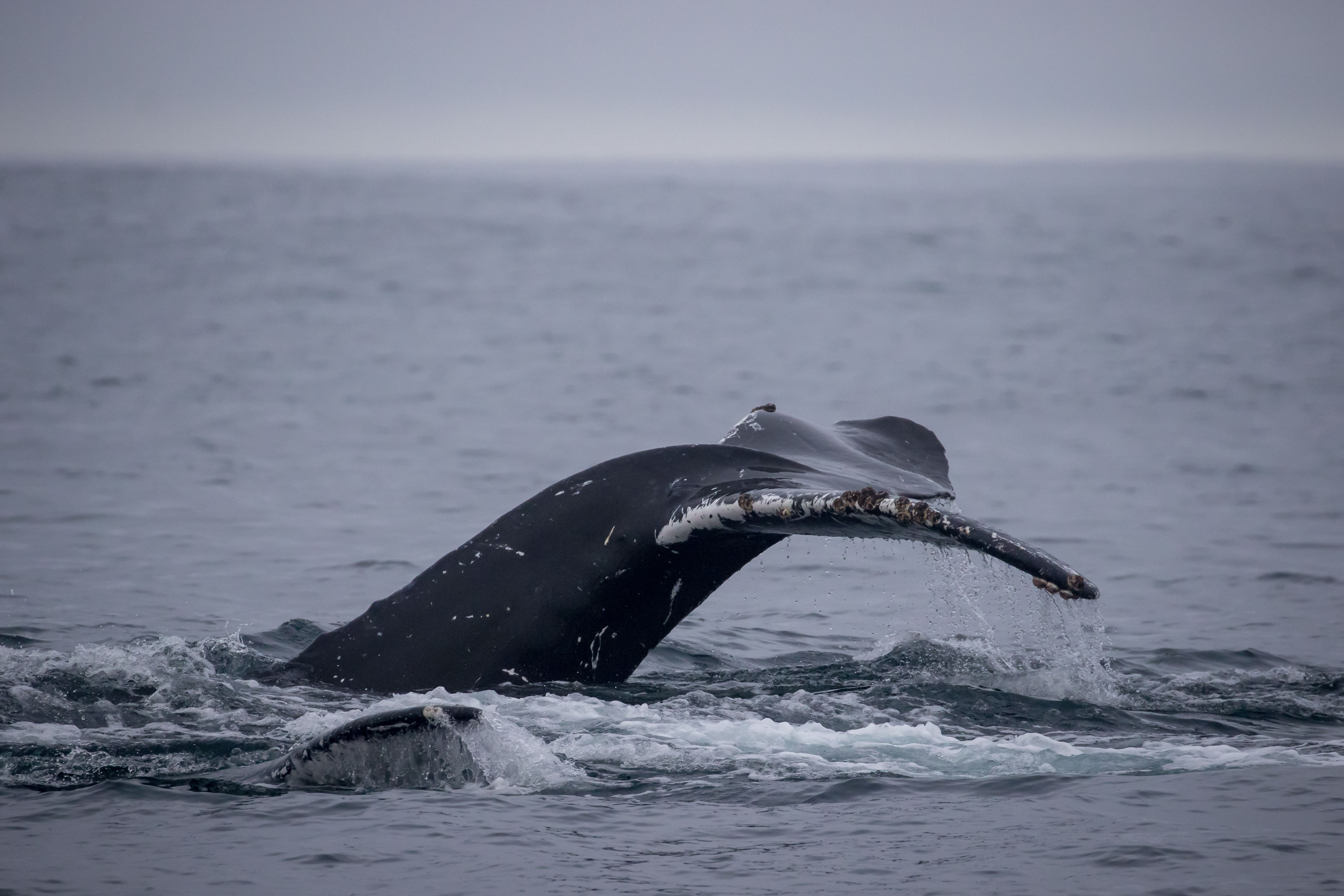 We didn’t have a 9:00 am trip today due to a lack of bookings, so we hung around the wharf until our first sailing at 1:30 pm. Captain Rod was driving the Pacifica, joined by deckhand Andrew and myself (Naturalist Pete).

We met a pretty large swell, but it was very comfortable as there was no wind, and the waves were quite a distance apart. It took us a while to find the whales, as they were all concentrated on the other side of the bay. When we got to the area, we found about three different groups of whales. As we arrived, at least one individual from each group gave a nice breach, so we knew exactly where they all were. We decided to focus on a group of four, and they welcomed us with a nice big breach right next to the boat.

We sat with these whales for a while and managed to get awesome looks. They fluked up nice and big, they came by nice and close, and we saw a good variety of surface behaviours. We had at least two full breaches quite close to the boat that everybody managed to see, along with a few nice big tail throws.

One whale stood out amongst the group. It was a small individual, likely a year-old calf, and it had one side of its tail fluke all mangled up! It looked like it could have been the result of an orca attack or ship strike. 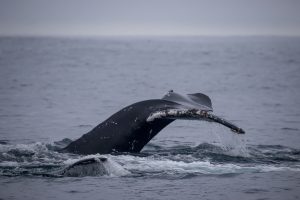 We enjoyed our looks at these humpbacks until it came time to head back in towards the harbour. It was a bit of a ride in, but it was broken up by the appearance of about 20 or so Risso’s Dolphins! This pod was quite spread out and didn’t spend too much time at the surface, but everybody managed to get nice looks at them.

We arrived in the harbour with a boat full of happy passengers, plenty of cetacean life out in the bay still. Looking forward to seeing what we can find tomorrow!