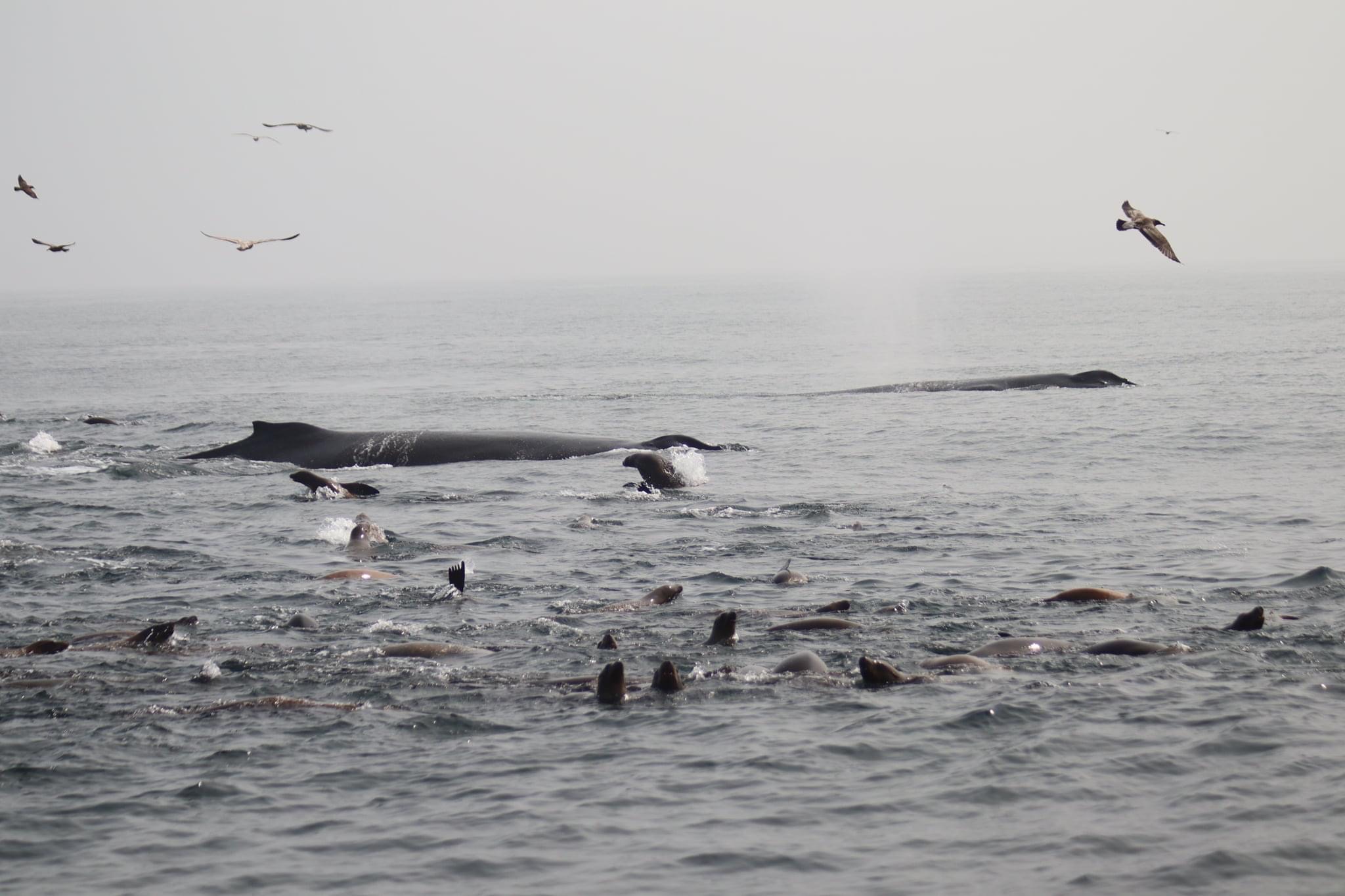 We had some fog Tuesday morning, there was about half a mile of visibility, so we knew finding animals would be difficult. The first hour and a half of the tour was pretty uneventful. Captain Rod brought us north to the submarine canyon, then went east toward the town of Moss Landing. Just as we were starting to see land through the fog, we spotted our first whales. There were 2 humpback whales feeding, along with about 100 sea lions and a few birds. We watched these whales for about 30 minutes before doing more exploring. Captain Rod took us southwest, by this time the fog had cleared, and we had some sun! We soon stopped again, we’d found whale watcher’s gold, lunge feeding humpbacks. There were 4 humpbacks, 250 sea lions, and lots of bird species circling and dive bombing. We saw these whales come up together on at least 8 nice lunges, anchovies jumping for dear life! We were out of time, but this was such a good show we stayed with it for a good long while. On our way back to the harbor we came across a nice pod of Risso’s dolphins to end strong.
Writing and Photos by Naturalist Fredo 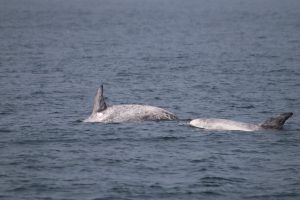 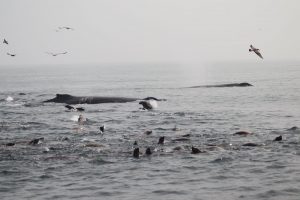 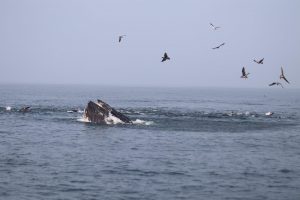