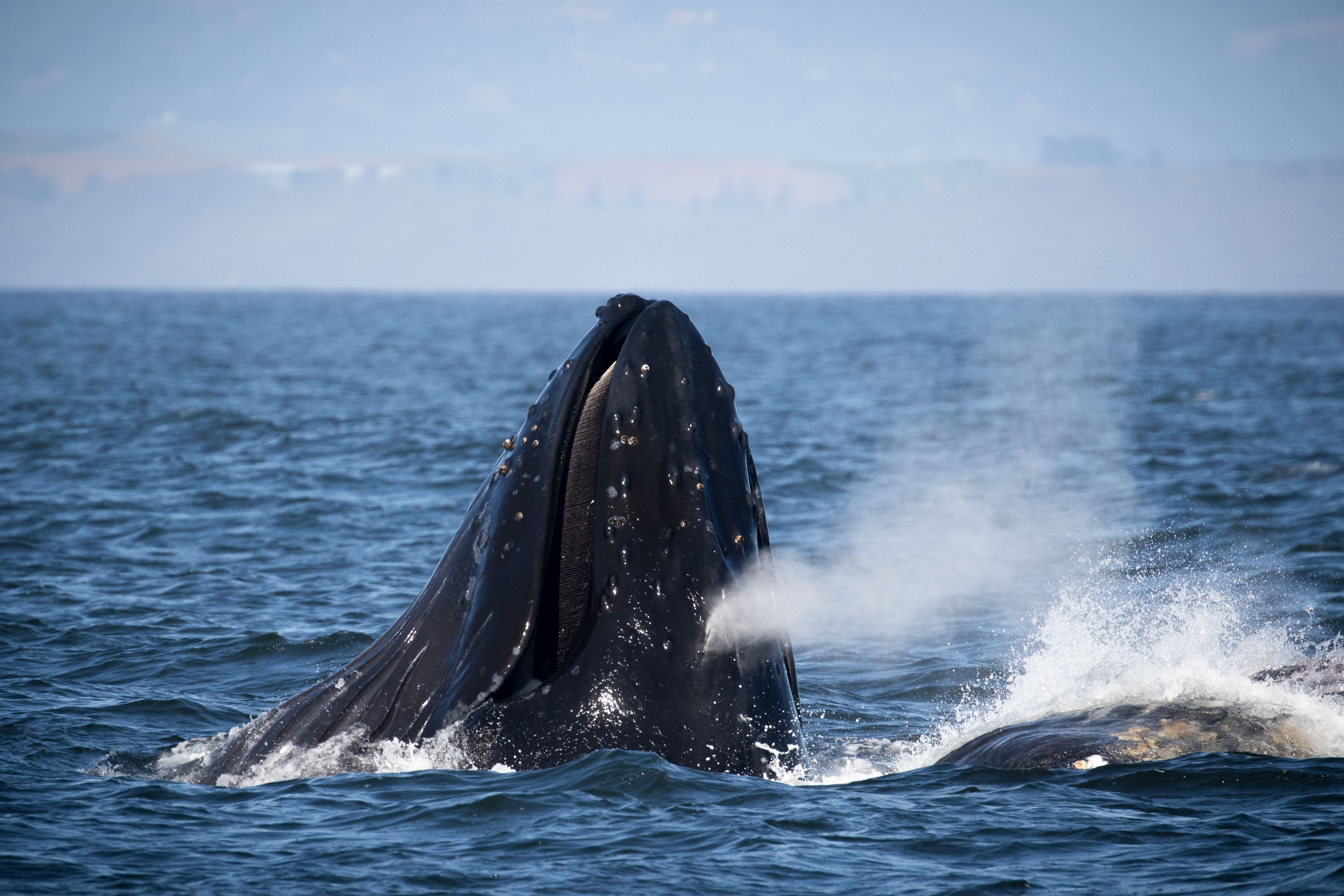 Another nice, sunny, hot day at the wharf. Captain JJ, Daniel Rosa and I set sail on the Chubasco straight out west to see what might pop up – we had perfect visibility all the way to the horizon and the sea conditions were rather nice, so we were pretty excited to get onto our first sightings. Before long, we started off with a nice pod of Risso’s Dolphins. These guys had been showing pretty well the last couple of days, and today was no exception! 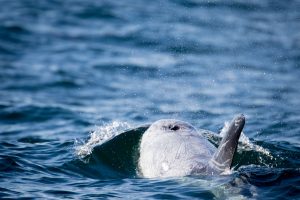 Just like yesterday, these dolphins decided to completely surround the boat. Good views on both sides and there were moments when we had no idea where to look! The pod looked like it was at least 100 strong, with individuals in the distance jumping around, and others coming nice and close again. My favourite thing with this species is the white glow they leave just under the surface while they are swimming – makes them quite easy to track with a camera as they swim up to the boat! We got our eyes full of this group, before pushing out a bit further west in search of something bigger. We eventually came across a single humpback whale which again gave us excellent views, slowly moving around and being quite predictable. We watched for a bit and got a nice tail fluke, and eventually moved on to chill out with another single humpback. 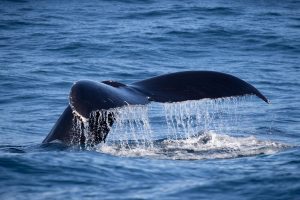 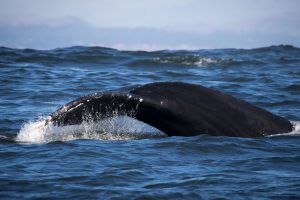 Both of these individuals fluked pretty well, and we managed to get good looks as well as some identification shots of the underside of their flukes. Before long, unfortunately, we had to head back in, drop off the passengers, grab a quick bite to eat, and then head straight back out again. On the way back in we were lucky to come across another group of Risso’s Dolphins – this one looking closer to 500 individuals! An absolutely insane number of dolphins. 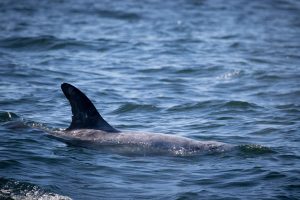 For our 1:30 trip, we decided to make the haul out North-West, more towards the submarine canyon off Moss Landing. We had received word of some feeding humpback whales out there, and we definitely wanted to check that out and see if they continued. We made a brief stop for an enormous Mola Mola, then made the final push into the feeding area. 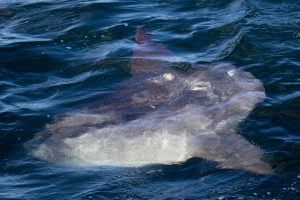 We were super lucky with this group – we didn’t see too much surface activity as we approached, but nearly immediately after we arrived the feeding frenzy started. We were super lucky to have about 10 vertical lunge feeds from this group – an absolutely amazing behaviour where they pop up out of the water, feeding on schools of fish towards the surface. They drifted closer on some lunges, further away on others. One of our passengers managed to get a super stabilised video of a double lunge feed right next to the boat. I got a little bit jealous that I had missed the shot, but still managed to get some awesome shots of this crazy behaviour! 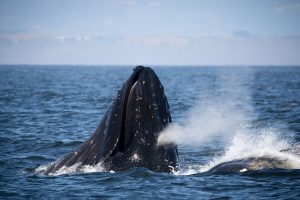 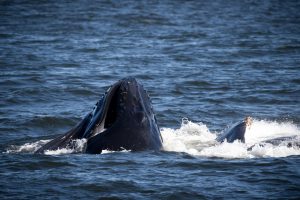 Our feeding humpbacks consisted of one individual feeding alone, and a pair feeding nearby. They eventually shifted to feeding down a little bit deeper below the surface and joined up with another three whales in the area to bring our total to 6 humpback whales feeding all around us. Amazing looks at feeding behaviours, along with great surfacings and tail flukes. 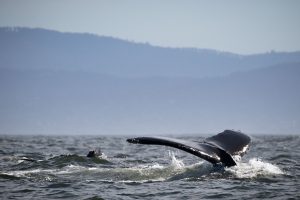 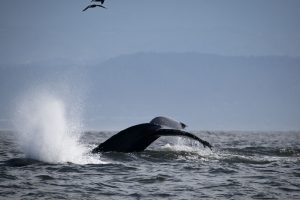 Eventually, the time pressure got a bit too much and we had to turn around and head back towards Monterey. We made the journey home as the sun remained shining on us, eagerly chatting amongst the boat about how cool this behaviour was to see. The good old California Sea Lions welcomed us back into the harbour, we tied the boat up and had a moment of silence for all the anchovies that lost their lives in today’s feeding frenzy. Awesome day out there on the water! 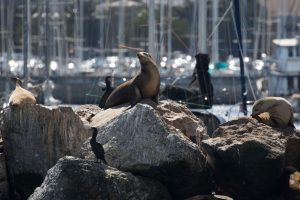