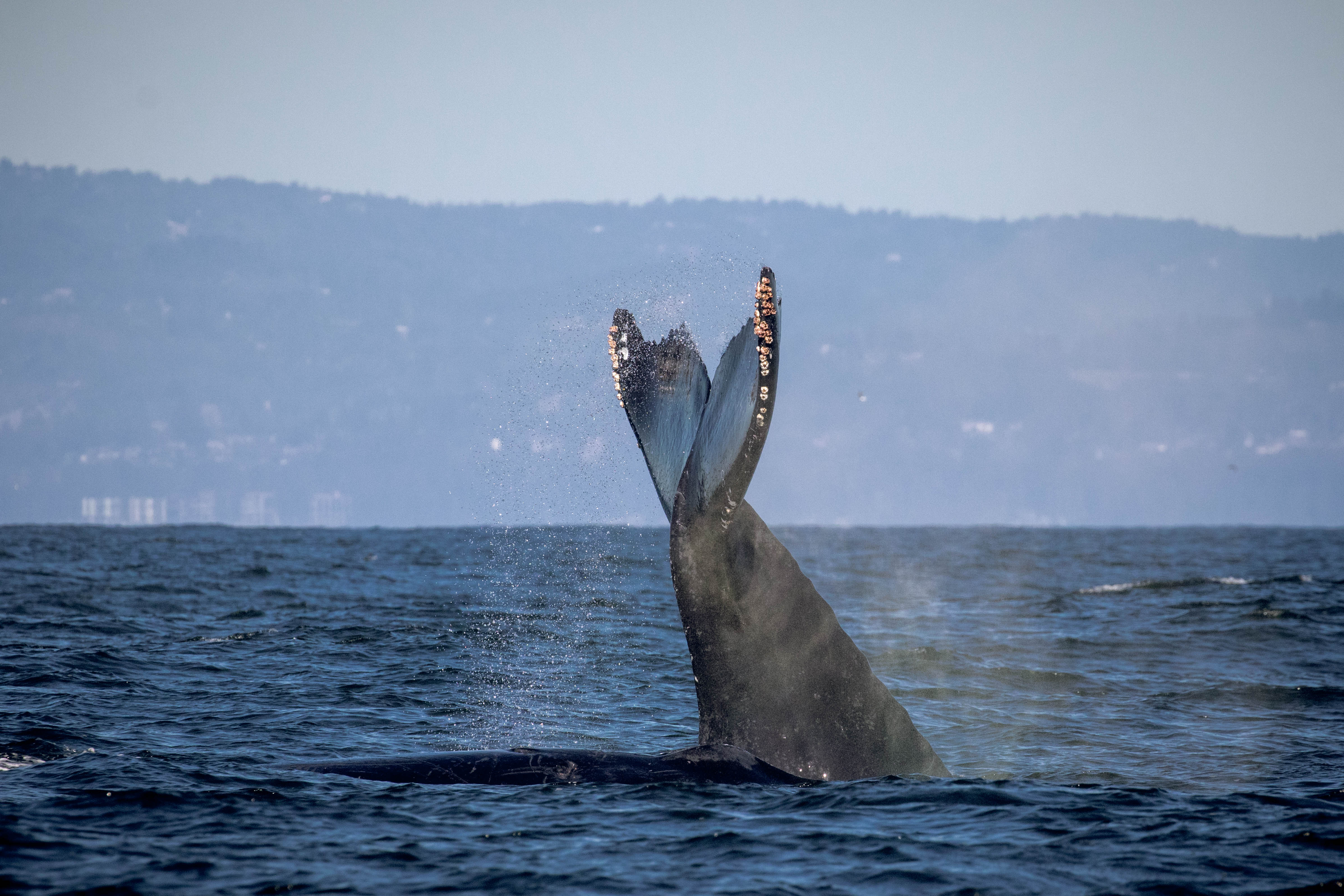 Today we set sail aboard the Chubasco with Captain JJ and deckhand Kevin. It was an awesome sunny day, with a light wind and a gentle swell. A couple of bumps just like it had been the last few days, but it was still nice and manageable.

We headed out North-West, and before long started noticing plenty of Humpback Whale blows. So many that we couldn’t decide which one to focus on first! As we approached a productive area we were about to settle in on a pair of whales when we were surprised by Risso’s Dolphins! We decided to stick with the Risso’s for a bit. Dolphins are much faster moving and could disappear pretty quickly so we wanted to make sure we had some good looks while we still had the chance. 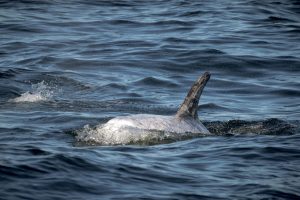 We followed this small group of Risso’s and met up with the rest of the pod – about 200 strong! Awesome looks at these guys as they surrounded the boat. We could track them underwater from their white glow and got some cool looks at them breaking the surface right next to us. As we were cruising along with them, a small group of Pacific White-Sided Dolphins showed up. They were a bit too quick to get photos of but we still managed to spot about 20 or so of them!

After getting our eyes full of dolphins, we cruised back to the whales. Turns out the group we had aimed for were not showing very well today, so we left them on their own and headed inside the bay to catch up with another, larger, more active group. This definitely paid off as we had about 7 humpback whales with hundreds of sea lions, all surfacing frequently and predictably before diving down to feed on anchovies. Awesome! Great looks at flukes, blows, and close passes from these individuals as well. 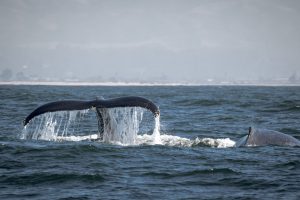 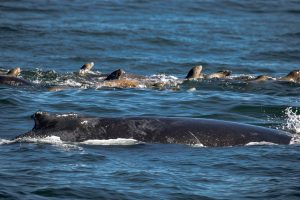 Another trip that we didn’t want to return from, but eventually we had to get back into Monterey. We started our afternoon trip off with a group of three humpback whales, feeding with sea lions and moving around quite predictably. We got our passengers amazing looks at this group plus another single whale before heading offshore to do some exploration. 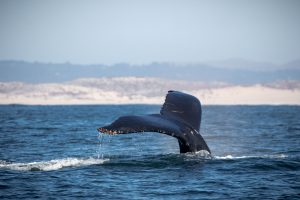 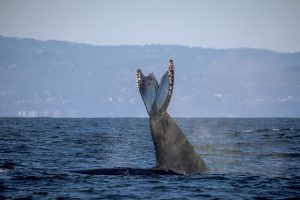 Our trip offshore was definitely worth it. We were heading towards a big workup of birds when all of a sudden we saw a humpback whale launch itself out of the water! Only myself, Captain JJ, and a couple of passengers managed to see it so we lined the rest of the boat on one side to get ready. After a couple of surfacings without breaching, we were all treated to an amazing sight. The whale leapt its entire body out of the water less than 100 yards from the boat, with all of us managing to see it! I didn’t manage to get a photo of it happening because I got a bit too excited, but here’s an old photo of the same behaviour. Crazy. Great finale to an awesome day! 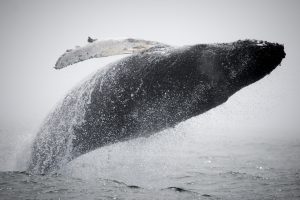