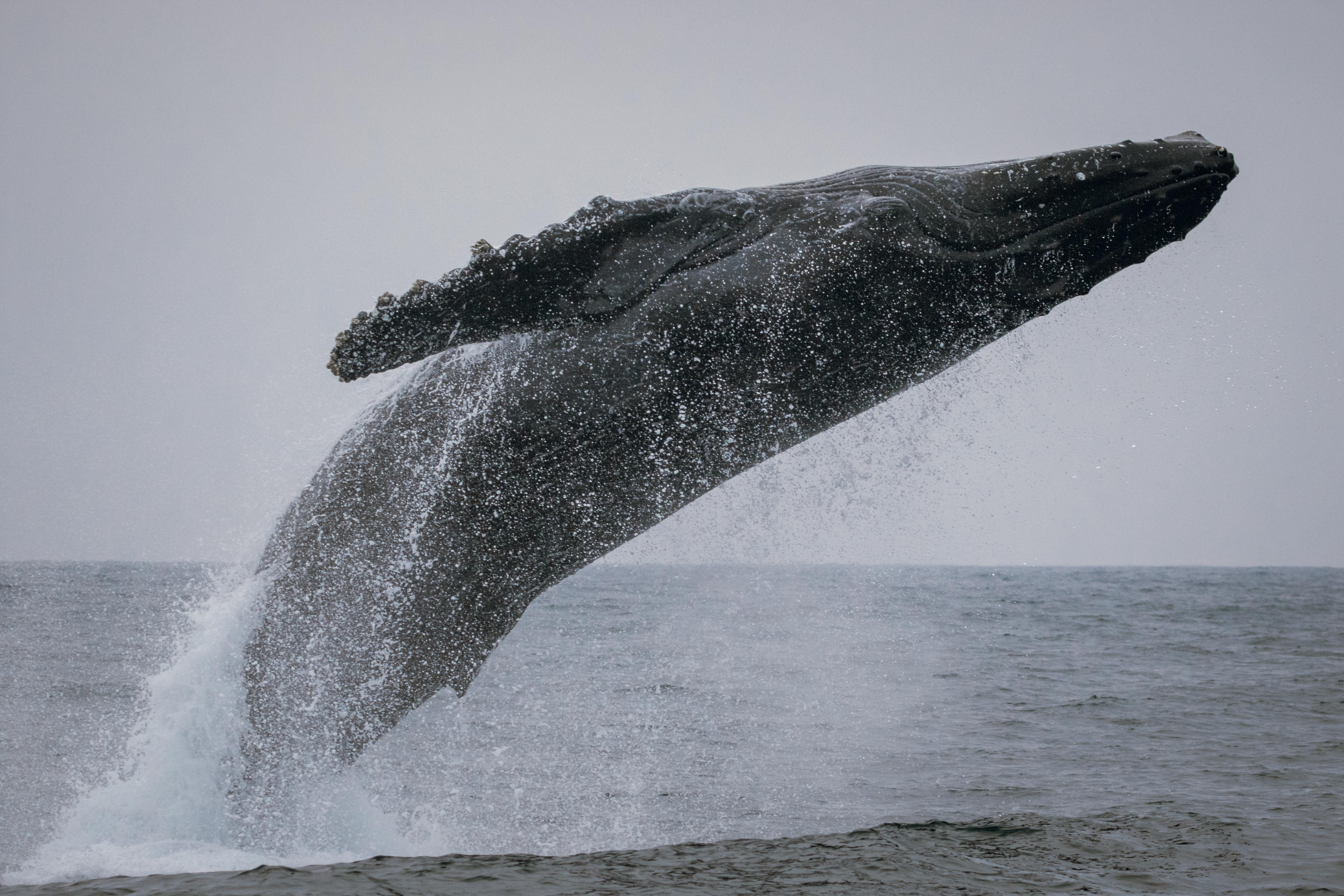 We set out aboard the Pacifica with Captain Danny, deckhand Kevin, and myself (naturalist Pete). Our conditions were favourable today, as we met a very minimal swell with quite light wind throughout the day. Our morning trip started off right with a nice pod of Risso’s Dolphins directly outside the harbour! Nice! 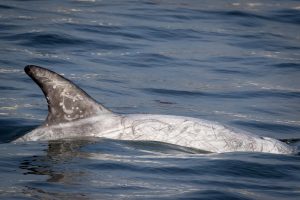 We continued pushing out looking for the big guys. We came across a couple of Humpback Whales out west, but initially had a bit of trouble as they were long divers and were not too predictable. We pushed south a little bit, and soon came across an enormous blue whale! This individual came right up close to us, giving us amazing looks. We had a couple of surfacings with this individual before we pushed on a little bit further south. 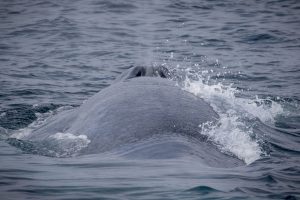 Down south we were treated with a nice variety of species. Good looks at a pair of fin whales, probably the best look I’ve had at this species! 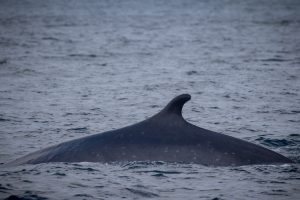 After this pair went down, we waited for them for a moment but got distracted by another blue whale passing right by the other side of the boat! After the blue whales left, we pushed on another quarter mile to a nice feeding group of humpback whales. These were some of the best humpback whales I’d seen! They came super close to the boat, surfaced predictably, and gave us all breathtaking looks. 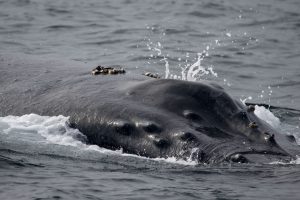 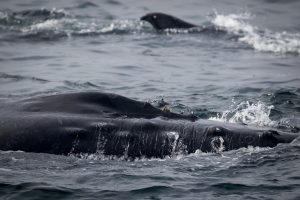 At one point, a large individual pointed directly towards the boat. We think it was most likely a female because of the larger size. She slowly moved closer and closer to us, until she was close enough to sneeze on. Once she was nearly touching us, she fluked up nice and high, less than 10 feet away from the boat. Diving directly under us. We were so close that I didn’t manage to get a good picture because I couldn’t zoom out far enough! 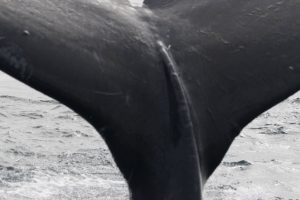 Too close to focus!

Astonishing. Nobody wanted to go back, but unfortunately, we had a schedule to keep. We got back to the harbour a little bit late, picked up some more awesome passengers, and headed back out. This time we were also joined by Hailey, one of our awesome office staff. We pushed out back towards the same group of humpbacks, picking up a few more humpbacks and a lovely blue whale on the way. We had a nice look at the blue whale but it proved to be a little bit tricky, so we kept pushing out to our humpback group from earlier. They did not disappoint. We sat with them for a little bit, getting the same sort of close passes that we had on the morning trip as they fed on anchovies underneath the surface. 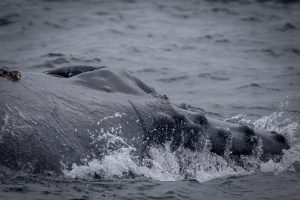 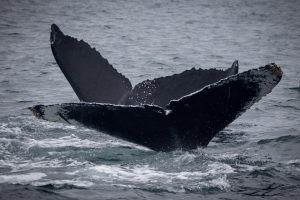 After a little bit, it looked like they decided to stop feeding as they started moving a little bit further north. We paralleled alongside them. A passenger asked me how likely it would be for them to breach, and I answered that it would probably not be very likely at all. Boy, was I wrong. Over the next ten minutes, one of these individuals breached completely out of the water three times. The first breach I was too excited to raise my camera. The second breach, I was too excited again. The third breach, however, we were ready for it. We managed to capture it on camera. 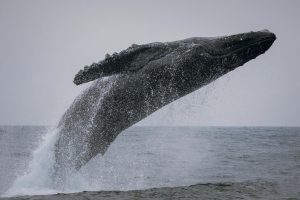 Kevin, Danny, and I had to take a breather on the way back in. We were all a little bit overexcited by the amazing show. An absolutely astonishing day with an awesome crew, and great passengers from all around the world. On both trips, nobody wanted to head back in! Looking forward to seeing what happens tomorrow.