March 12th – Gray Whales getting it on! 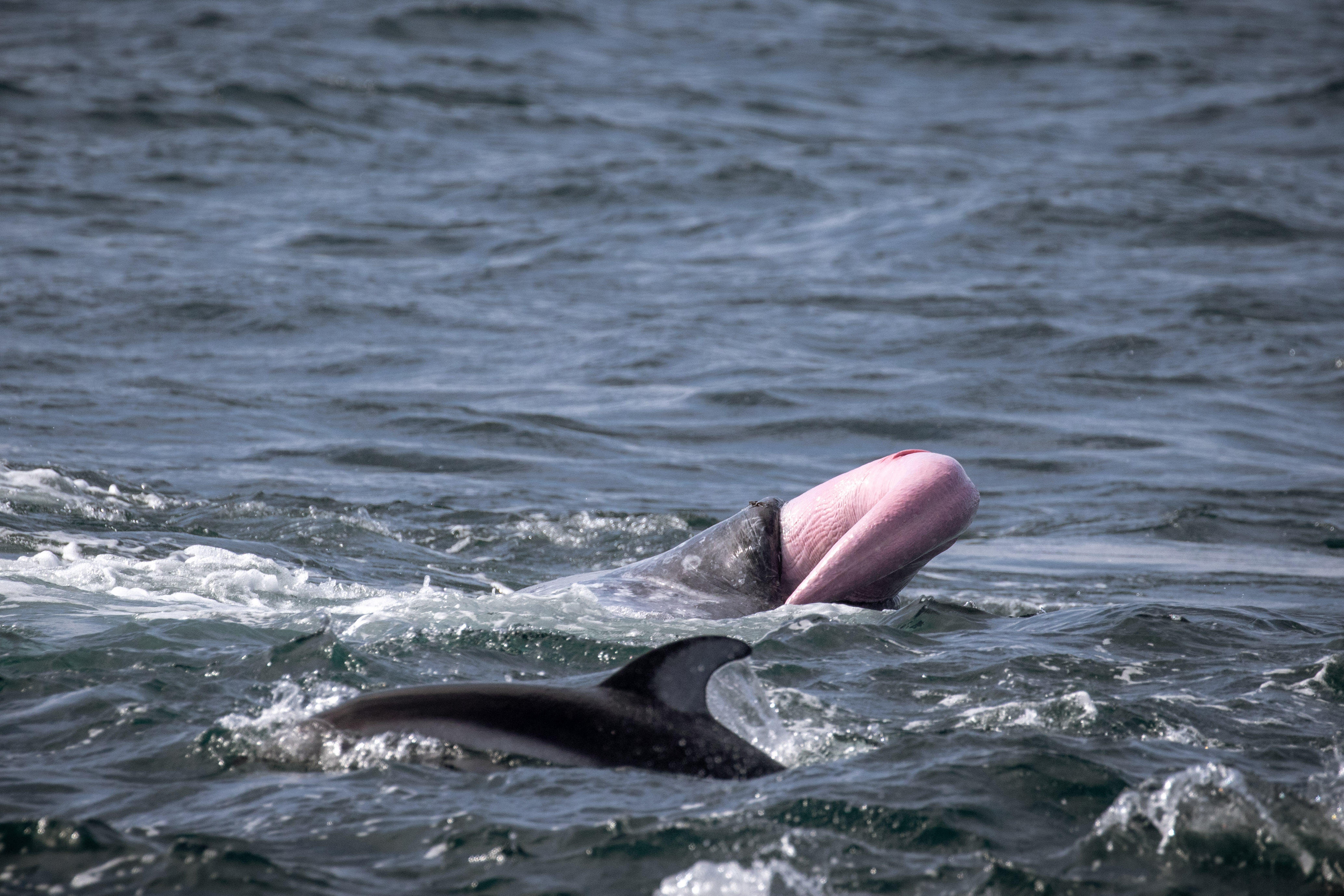 Wow, wow, wow. What a day. As we left the harbor, the ocean conditions looked quite nice. Light wind, light swell, not much motion. However, the visibility looked to be pretty poor. The fog never stops us from finding whales, but we were expecting it to take a little bit longer to get onto our sightings due to these conditions. We pushed out west on the Pacifica with Captain Rod, deckhand Alfredo, and myself. After about 20 minutes of traveling, we found the fog completely opened up, giving us amazing visibility! We could now look out onto the horizon, and we spotted hundreds of hundreds of birds gathered around an area not too far from us. Where there are birds, there will be food! As we got closer and closer to the birds, we could see more and more of them. All of a sudden, dolphins! Pacific White-Sided Dolphins surrounded the boat! There ended up being a few thousand dolphins in the area, likely even more. Some of these guys were more interested in feeding, but a lot of them were very curious about the boat. They came close, played in the bow, played in the wake, and even showed off their acrobatic skills for us! 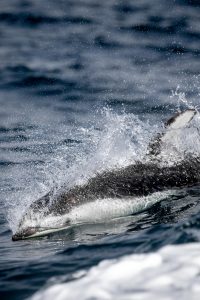 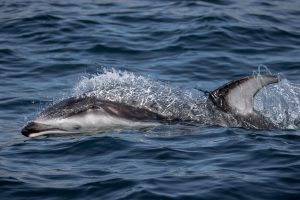 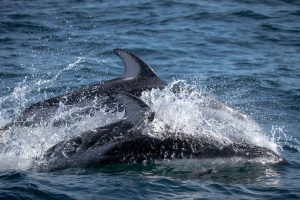 While we were in this area, we also found a single Humpback Whale! We hung out with this whale for a few surfacings, although it was spending very little time at the surface between dives. We decided to take off and make the most of our time, try to find some other sightings. We pushed a little bit further south, where we started seeing splashing. Rod, Alfredo, and I had no idea what the splashing was. We caught sight of at least a few Gray Whales in the group but had no idea what they were doing. Pacific White-Sided Dolphins swam around this group of multiple splashing Gray Whales. We got within viewing range and slowed the boat down, only for the group to push closer and closer to us. We are still wondering what they are doing when one individual rolls over and shows us exactly what is going on. His penis broke the surface and hung in the air as he stayed upside down! “THAT’S A PENIS! THAT’S A PENIS!” I yelled, super excited as it was my first time seeing this from any whale species! 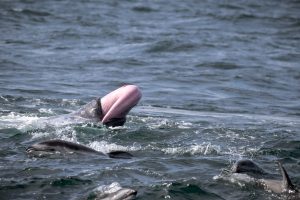 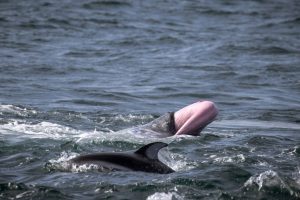 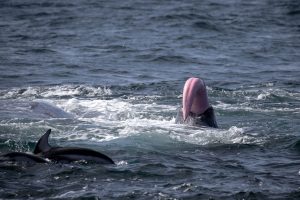 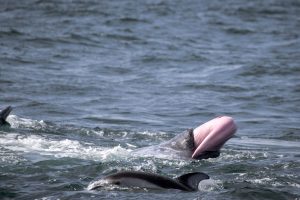 After he rolls back over, this group split up into two groups of three. It looked like both groups had one pair mating while a third escorted alongside them. Words can’t do justice to how amazing these moments were, just check out the photos! We made eye contact at one point! 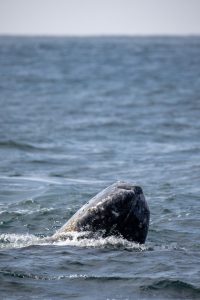 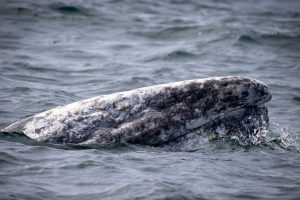 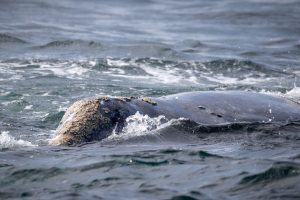 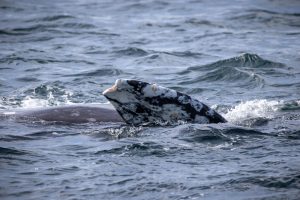 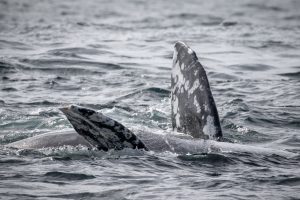 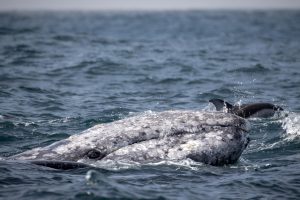 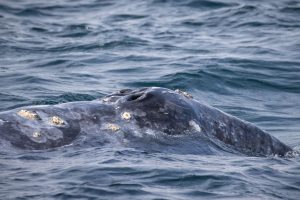 INCREDIBLE day, unexpected sightings. We didn’t get back out in the afternoon, unfortunately, so let’s see what we can find tomorrow!