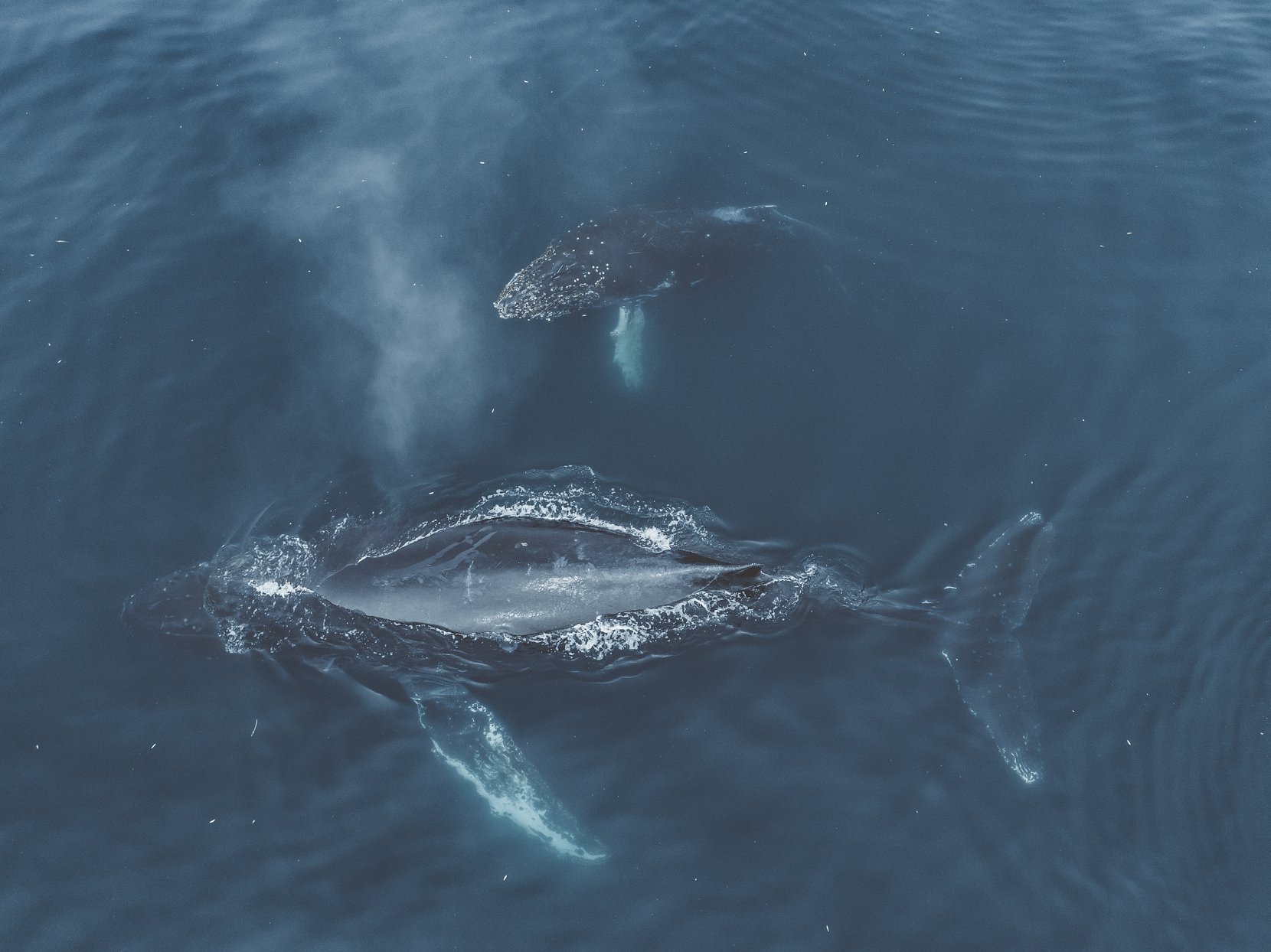 Despite leaving the dock with some dense fog we had an excellent day! Slater Moore was on board to capture some footage and create a vlog episode from the day. We usually get quite a few calls of concern on foggy mornings about the success of whale sightings. We usually have little concern for operating and sighting whales in the fog here in Monterey.

Early in this trip we watched two whales in dense fog with no problem, but we also have a long enough trip that we can search around and often the fog burns off or we get far enough away from the coast that we get out in to the sun. That was the case today! We headed out toward Point Pinos to try and get out of the fog and we were successful. Once we had better visibility, we found over a dozen Humpbacks feeding! Slater was able to put the drone up for part of the encounter and captured video of a mom and calf Humpback cruising toward the feeding group. Click here to check out the episode.