Breaching-What is it & why do they do it?? 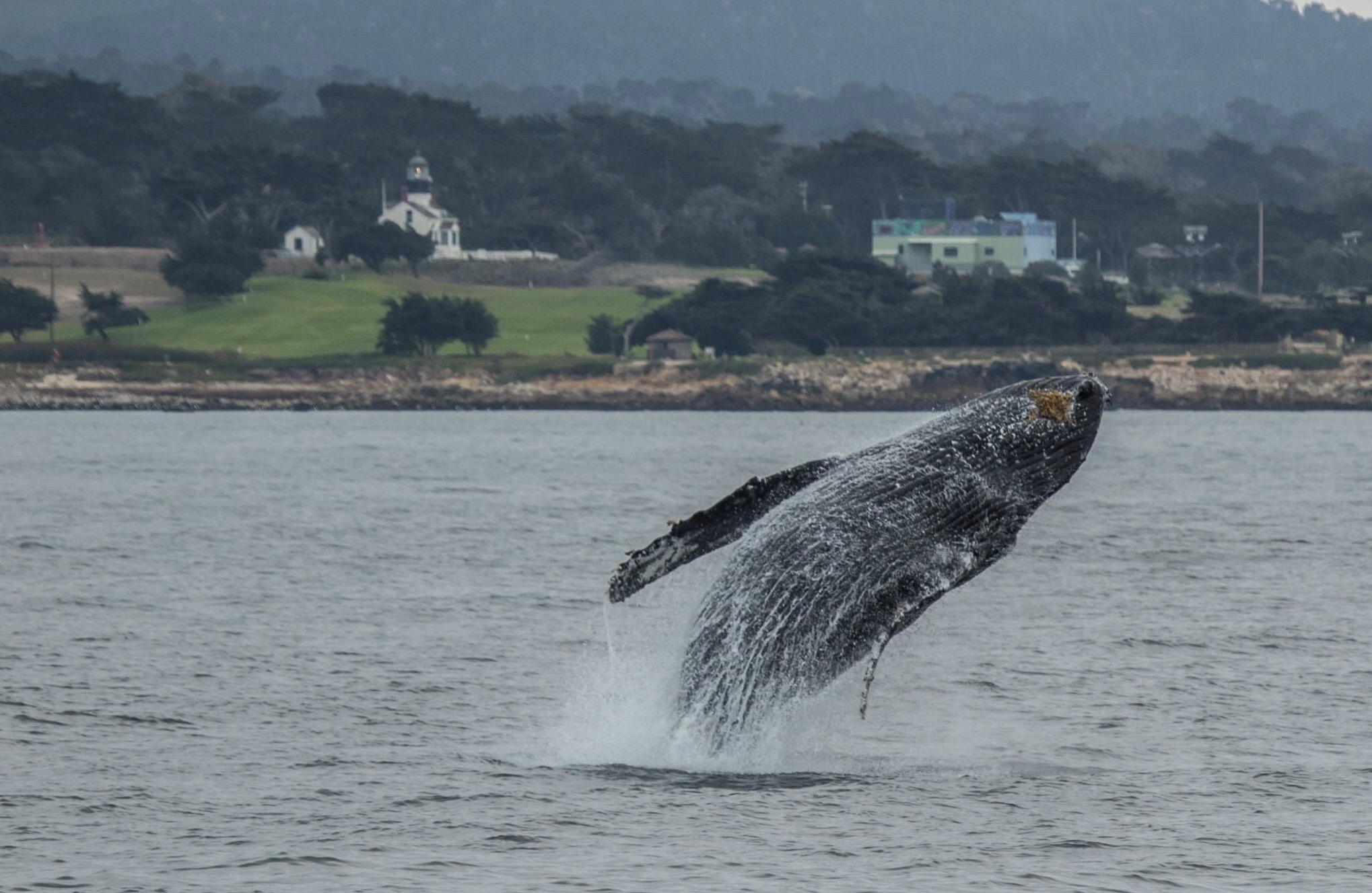 Imagine…your feet on the deck of a boat as it gently sways in the swell, staring at the vast body of dark water that is the Pacific Ocean, not being able to see more than a few feet below. When, all of a sudden, a 20-40 ton animal erupts from out of the depths flying out of the water in an impressively graceful manner, which you wouldn’t even think possible from an animal of this massive size. You hold your breath as you wait for this behemoth to come crashing back down into the depths of where it came from, leaving everyone awestruck  and reveling in the sound of the splash and this mighty performance. The feelings gained from this experience feels like the acrobatic leap was minutes long, when in fact it only lasted for mere seconds…until maybe a round two comes around. 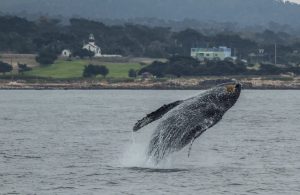 This is breaching. An incredible experience to behold from both the experienced whale watcher and the novice’s point of view. Difficult to predict and actually not completely understood, this behavior is considered by many as the “holy grail” of whale behaviors to witness in the wild.

Almost all whales do this behavior, although we are highlighting the Humpback whale in this post as it is the most common animal we see doing it. Many will say the largest of the whales, the Blue whale though, don’t participate in these whale acrobatics. There have been a few documented cases of Blue whales breaching. In fact, myself, Captain John, and my fellow Naturalist Eric, were just lucky enough to see a Blue Whale breach in the Monterey Bay about 3 January’s ago. We believed it to be a Humpback, but as we got closer and closer and zoomed in on some photos taken on our way to the whale…we looked at each other in disbelief as the realization of what we were seeing donned on us. It was a moment the three of us will never forget.

Typically, Humpback whales are the most acrobatic of all of the whales and here in Monterey it is definitely the whale we see flying out of the water the most. Sometimes it is one and done and other times it’s repeated over and over again. There are a few different reasons that could be behind this behavior. There may be an element of “fun” to the behavior, it could be to knock off parasites or hitchhikers on the whale’s body, or the main reason we believe, is communication. Naturally, an animal weighing up to about 60,000lbs give or take, is going to make one heck of a sound when its body comes crashing back down onto the water. Sound also travels much faster in water than in air. As to what message they’re trying to get across to each other- it could be the location of the best food buffet in town, breeding season messages, predator warnings, or an entirely different message that we do not understand. (We don’t all have Dory from Finding Nemo’s ability to understand whale speak) Whatever the reason, we will continue to appreciate this impressive feat and squeal in sheer delight whenever we are lucky enough to see it. 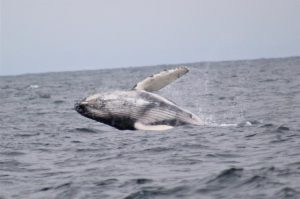 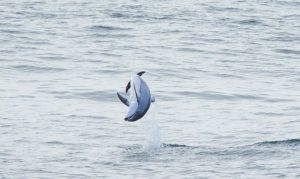 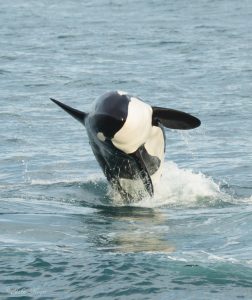 4-27-21 “Orcas in Glassy Blue Seas”
May 3, 2021
Our Motto
We strive to provide our passengers with an inspiring and educational experience on Monterey Bay.
Schedule
Instagram Feed
Cannot get other user media. API shut down by Instagram. Sorry. Display only your media.