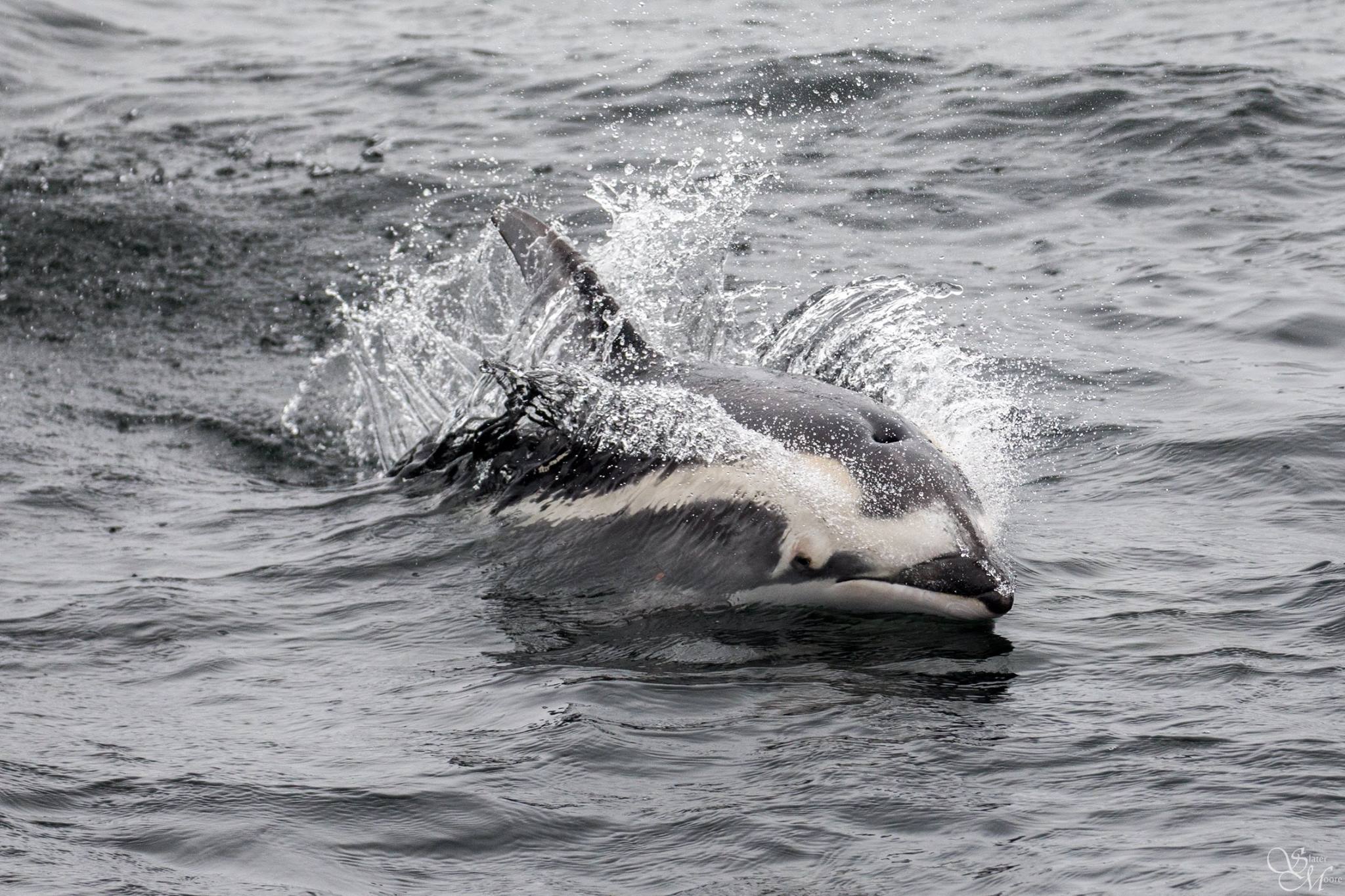 A day for dolphins! We had an awesome encounter with a mixed species pod of dolphins in addition to our whale sightings today. While we can see dolphins often throughout the year, we do not see them every single trip, so each encounter is special and exciting. We had 6 Humpback Whales, 300 Northern right whale Dolphins, 200 Pacific white-sided Dolphins, and 2 Black-footed Albatross. It is not unusual for Pacific White-sided and Northern Right Whale Dolphins to be found in a mixed group. We also sighted an uncommonly colored pacific white-sided dolphin called a Brownell’s Dolphin, or a Brownell’s morph. This color morph has a more prominent white stripe on the head, and a dark patch on the abdomen, almost appearing as the coloration pattern is in reverse. We don’t see this morph type very often, so it’s always exciting to have one around!