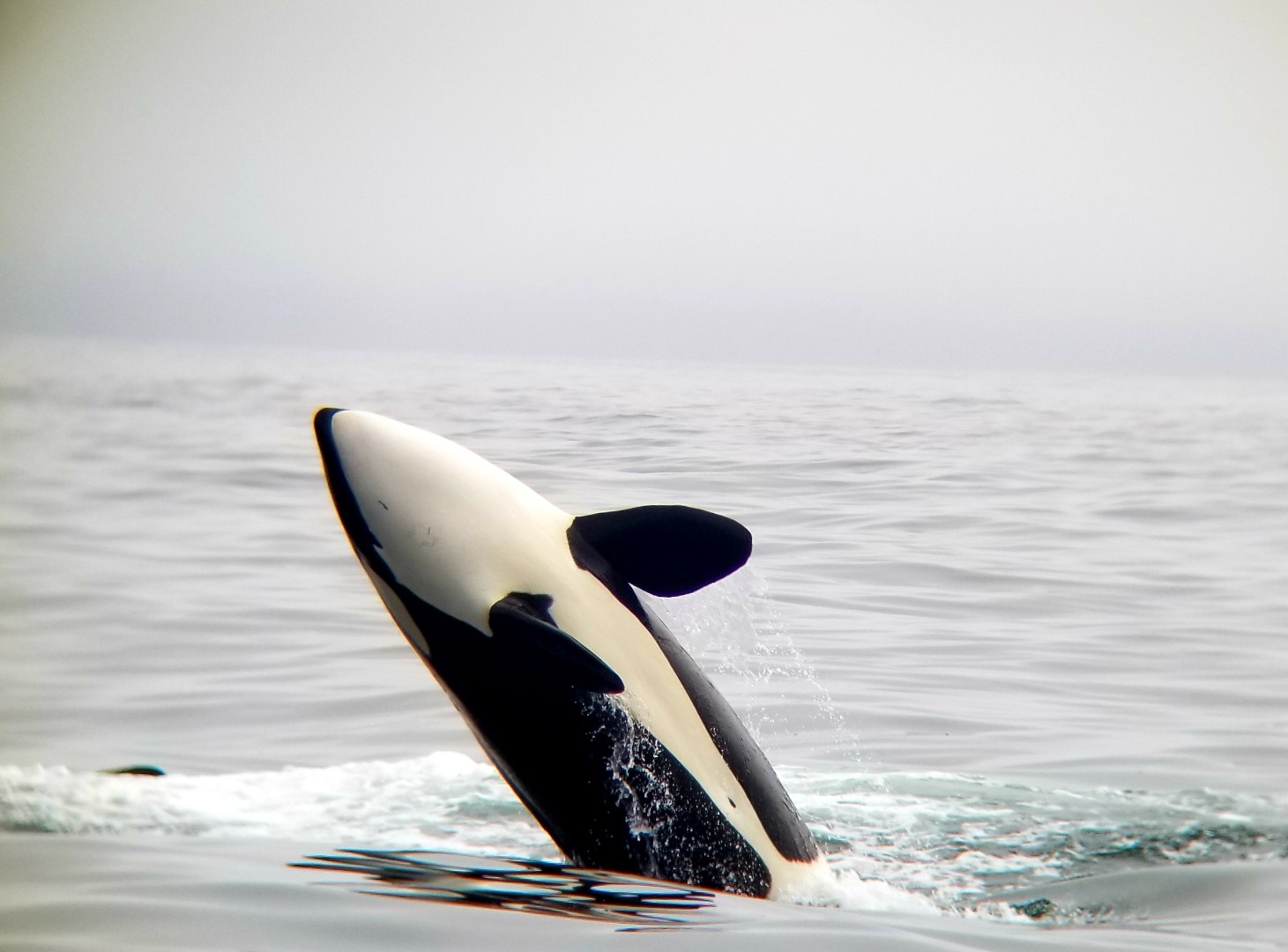 Today was a Triple Crown kind of day. All three trips saw three species of cetaceans, and all three trips saw one of those cetaceans breach (AKA, they jumped out of the water)! Our first trip found a pod of Killer Whales (!) who we identified as the CA-51A’s. The matriarch of this pod,  51A herself, is the daughter of the famous CA51 (get it? “A” denotes offspring). Anyways, one of them jumped out of the water, no big deal! During our encounter with the Orcas, a small pod of Risso’s dolphin appeared off the starboard bow, giving us a great look before vanishing quickly (not too keen on making their presence known to the killer whales). Satisfied with our looks, we went looking for humpback whales, and look at humpbacks we did, as we found a group of three before heading in. Our second trip found a pair of humpback whales early on, before heading out west, where we found a Blue Whale!!! After loading up on pics and drone footage, we made our way back and found a high flying pod of Risso’s Dolphin, offering some of the greatest breaches I have ever seen from this species. Boom! Round three… which started with an innocuous Humpback Whale… snoozing… milling, then suddenly breaching!!! Over and over again! By god, that whale sure knew how to party! Finally settling down, we doubled down and went for glory: to the west! As if on script, we found ourselves two more blue whales, one of which fluked up high for us (a rarity for the species) before becoming very elusive. Eventually, the coming darkness sent us home, only to find yet another pod of Risso’s Dolphin along the way, with just enough light left for a picture before rolling into Monterey Harbor under the cover of darkness. What. A. Day! 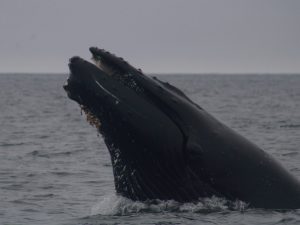 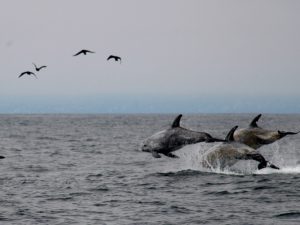 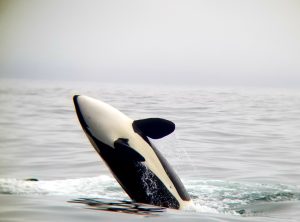