27 September – Risso’s Dolphins, an Albino, an Albatross, and Humpback Whales! 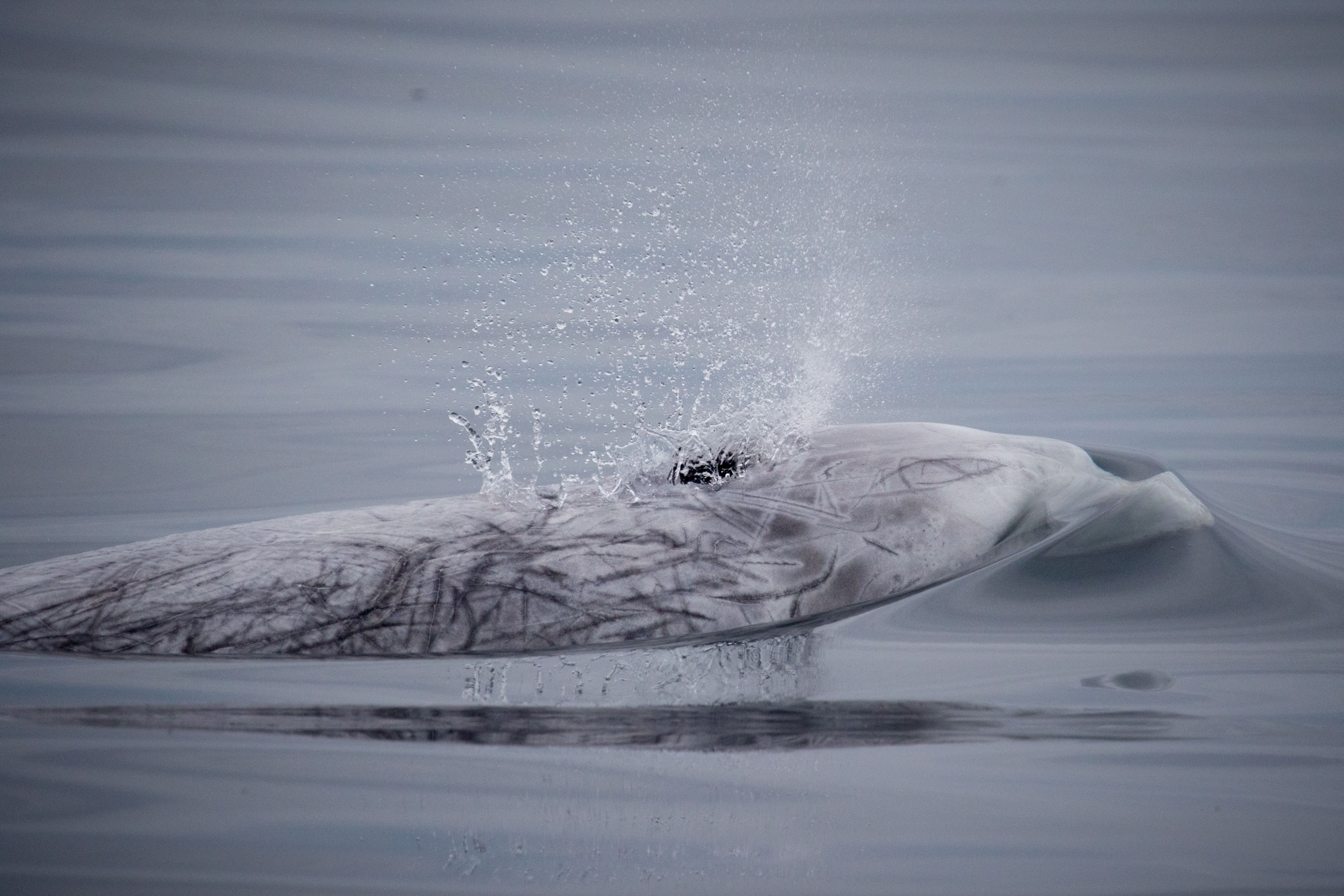 Today we set sail into overcast conditions with a very slow, small swell. I was pretty happy personally that the sun was hiding away – nice and chill, not too cold, not too hot. Captain JJ, Daniel Rosa, and I made our way out west on the Chubasco and started off the day with a pod of Risso’s Dolphins! This was a really spread out group, potentially around 150 or so individuals. We only had about 30 of these come close enough to the boat for viewing, but we could still see the rest off in the distance! We got good looks at them surrounding the boat, before pushing off west in search of the big guys. 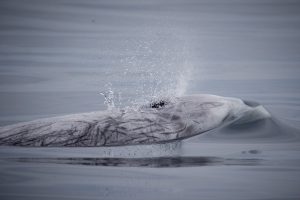 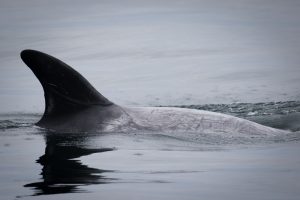 As we left, we were still passing groups of dolphins. We were moving slowly when about 200 feet ahead of us I spotted a split-second look at a Risso’s Dolphin tail – and it looked to be all white. We do have an albino Risso’s Dolphin that comes into the area every now and then, so we stopped the boat just on the off-chance that we had come across the individual that has come to be known as Casper. A minute or two went by, before Casper pops up directly behind us, and all alone! We pivoted the boat and got excellent views. Captain JJ made sure to let us all know that he’s not a fan of the name Casper, preferring to call him Albert the Albino. Our other boat, the Pacifica, raced back into the area to get a good look – naturalist Katlyn had been hoping to see Casper for quite a while now, and both of our boats were lucky to get really good views! 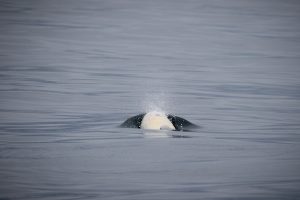 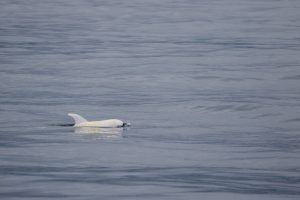 After some good looks, we looked at the time and knew we had to get going. We pushed out further west into a nice productive area and initially came across a single humpback whale. This one was actually sleeping, logging at the surface, but we still managed to get good looks before we switched to another individual. Sitting downwind, we all got a nice lungful of whale breath. If you haven’t smelled whale breath before, it’s not a smell that I recommend. We blocked our noses until this one fluked up, then we pushed back east a half-mile to sit with a group of three humpback whales. 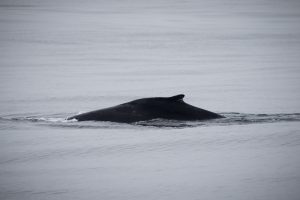 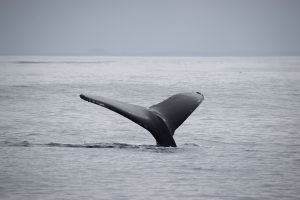 As we’re sitting with this group, a Black-Footed Albatross circled the boat! I used to work on an albatross watching boat in New Zealand so I really love seeing them around here – this is a bird with a 6 to 7-foot wingspan! Most of them breed around the Hawaiian Islands, so it’s always nice to see them come out to visit us in Monterey. The albatross flew off after circling, but the humpbacks stuck around – three of them slowly moving south-west. There was one that would surface slowly, it’s rostrum poking out of the water before it would exhale. This gave us all a good look at an awesome whale feature, the tubercles! These are the little bumps around the front of the head, which have a function in detecting vibrations through the water column! 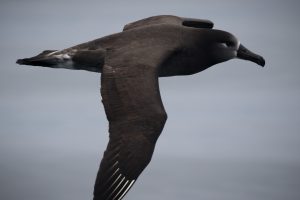 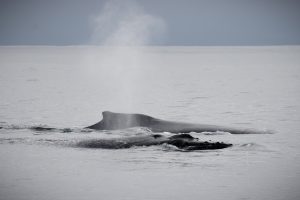 As we prepared to say goodbye, we got a nice final big fluke from one of our group. It was actually kind of a funny moment – the tail came up, out of the water, and then didn’t stop moving forward. Normally once the tail is sticking straight up, the whale will go on down and the tail will sink under the surface. But this time it just kept going forward, as if the whale was doing a complete forward roll underwater! I managed to photograph the sequence of this happening and then had a bit of a laugh at this whale acting a bit funny. 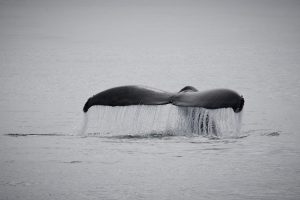 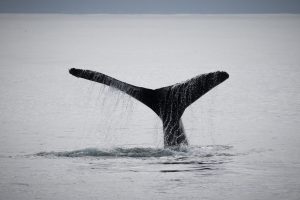 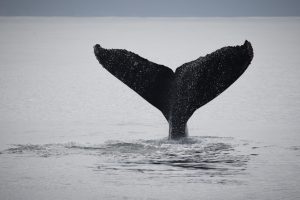 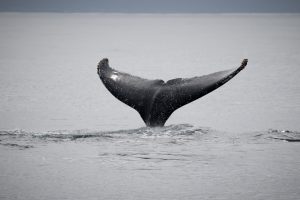 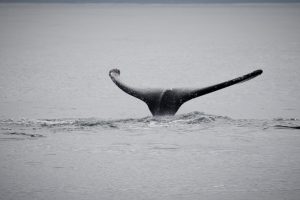 With some good sightings under our belt, we headed back to Monterey, passing the big group of Risso’s Dolphins again. We were all happy with our sightings, especially seeing our albino friend. Back at the wharf, the argument continues a little bit – is Casper a good name, or is Albert the Albino better? Personally, I’m a fan of Albert the Albino. Not too many people agree though. Regardless, an awesome sighting and an awesome day out there!