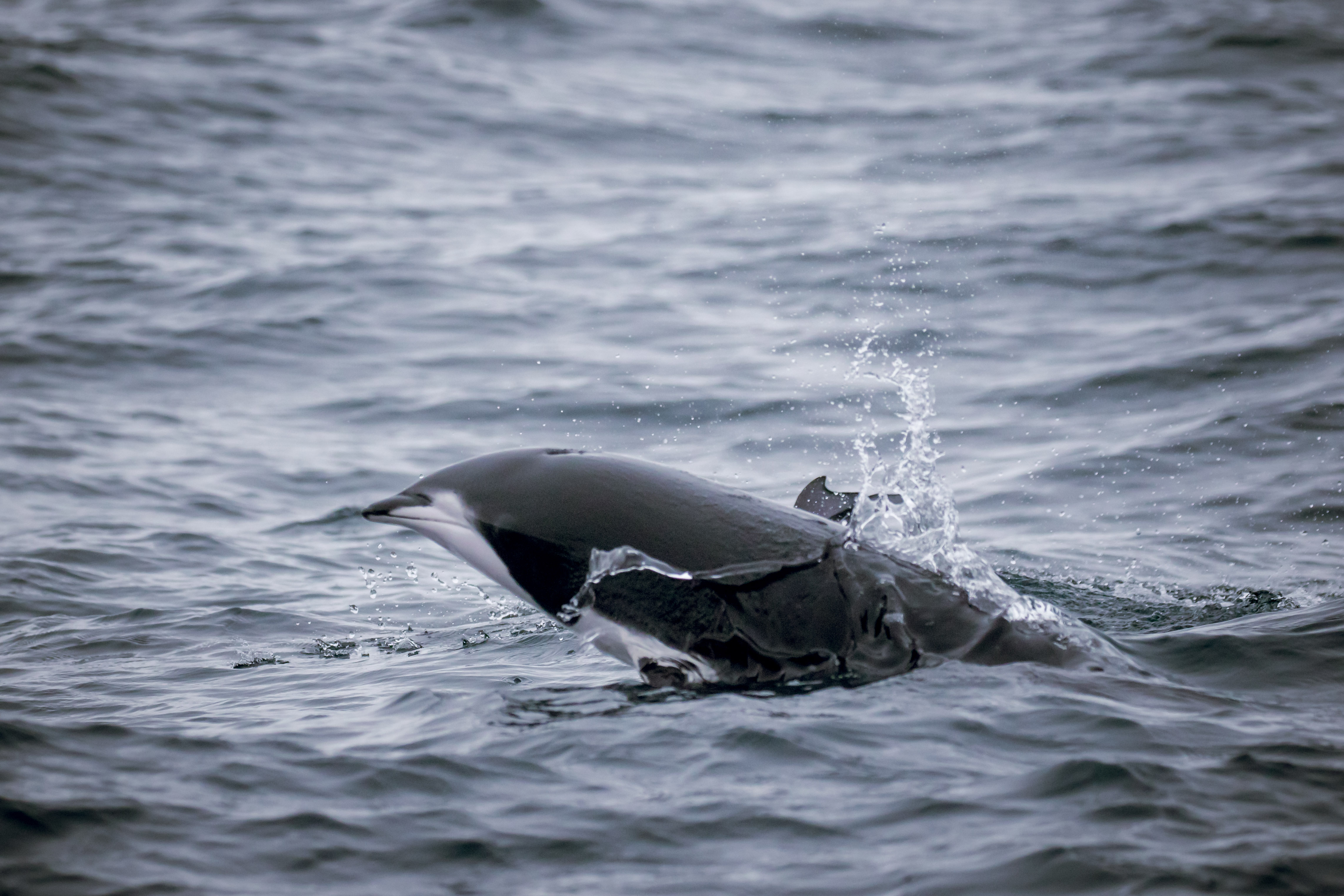 I’ve had the last few weeks off to do some travelling around the country and was itching to get back on the water today. We set sail aboard the Pacifica with Captain Danny, deckhand Kevin, and myself (Naturalist Pete). Eric also decided to come out on his day off, for a bit of fun.

We had a light load and relatively favourable conditions. Although we hit a few bumps towards the end, both the wind and swell were quite manageable for most of the trip.

We started off well with a nice group of three humpback whales, showing well and giving us nice good looks. We gave this group a couple of surfacings before deciding to make the most of our time, and have a nice little adventure offshore. 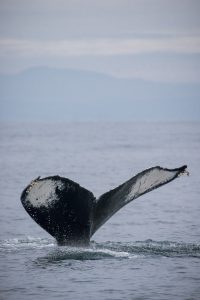 Before long, we came up to another group of three humpback whales. We started approaching them and could see small splashes around either side of them as they surfaced. Kevin put his binoculars on them and saw that they were travelling with a group of 20 or so Pacific White-Sided Dolphins! We stuck with this group for a while as they moved slowly and predictably. When the whales were up, the dolphins were swimming alongside them. When the whales were down, the dolphins came up and played with the boat! Spectacular views at an amazing species. 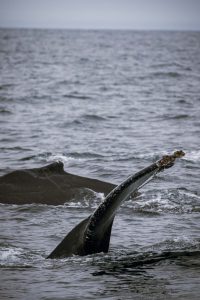 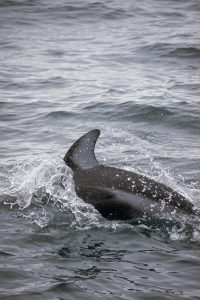 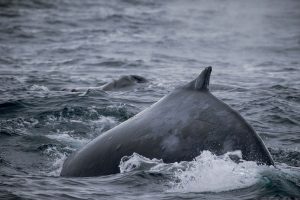 We got our eyes full and then kept pushing offshore further to investigate some splashing we had seen in the distance. We found another few humpback whales, but they weren’t cooperating as well as the earlier ones. Regardless, we got good looks at some big groups of birds feeding on anchovies on the surface. 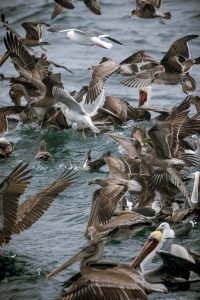 We had turned to make our way back home when we saw some unidentified splashing that was only a little bit out of the way. As we turned towards it, we saw more and more splashing. We finally arrived in an absolutely immense group of Northern Right Whale Dolphins! Easily over a thousand individuals, spread out in every direction. They surrounded the boat, and they began to bow-ride. They jumped out of the water on every side, and we even managed to see a large number of calves breaching too! A few Pacific White-Sided Dolphins joined the show and we managed to see both species porpoising alongside each other. 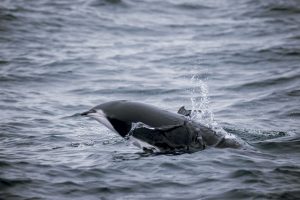 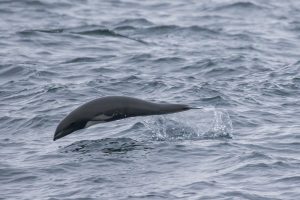 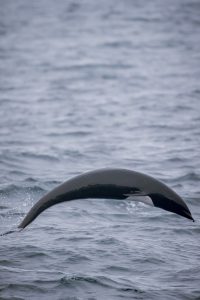 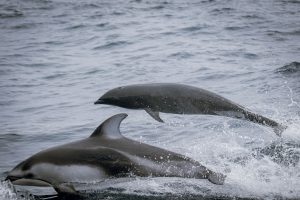 Passengers and crew alike were amazed by all the activity, but eventually, it became time to turn home. We excitedly shared photos and videos on the ride in. No afternoon trip today, so let’s see what we can find out there tomorrow!