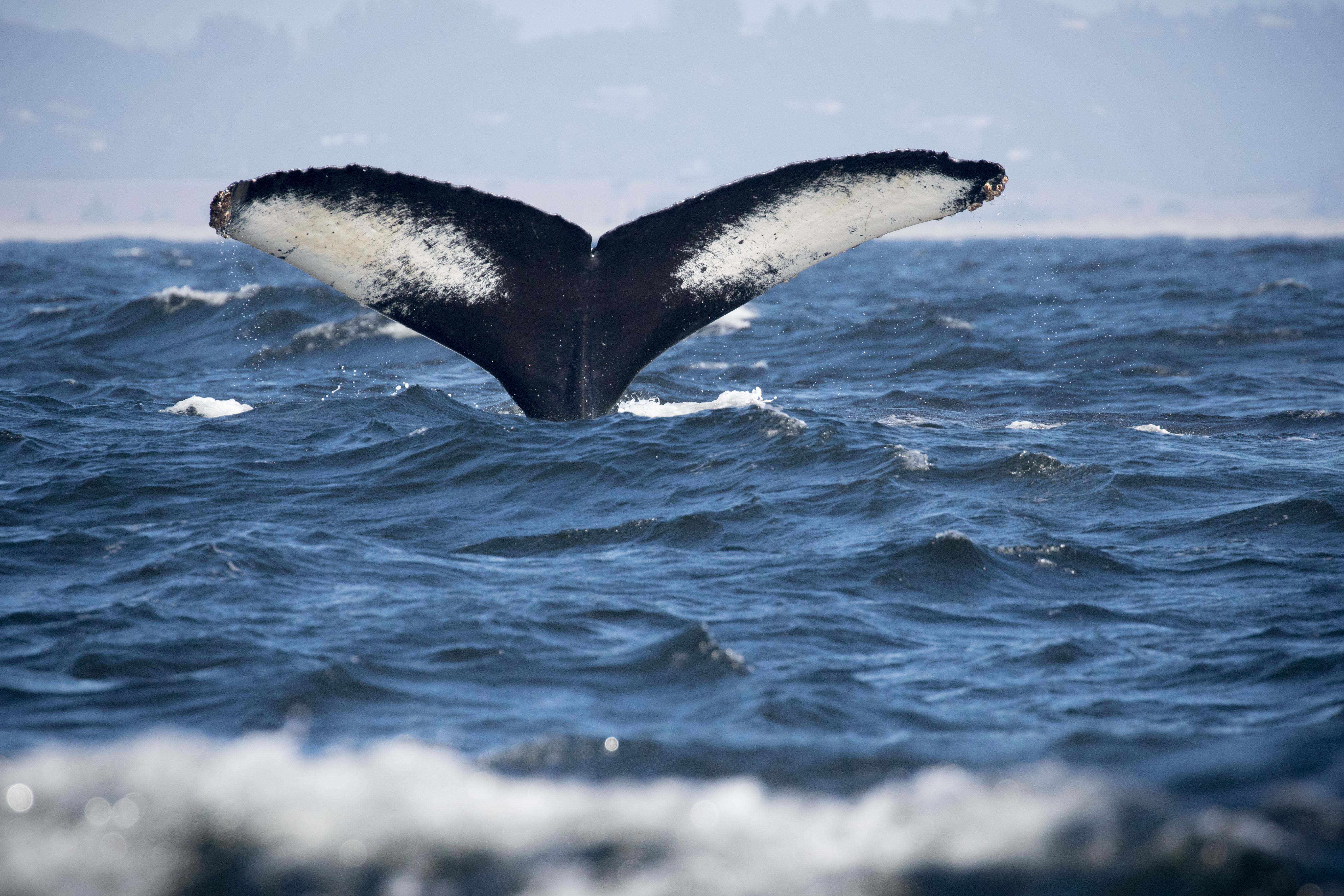 I was itching to get out on the water today. We were unable to go out yesterday due to the ocean conditions, but it had calmed down a bit today so we were all set to go! We set sail on the Pacifica with myself, Captain Rod, and Deckhand Reed. We met a bit of a swell initially as we pushed out west, but before long we turned north towards Moss Landing and the ride became nice and comfortable. We pushed out a bit towards Moss Landing and found a pair of humpback whales that we stuck with – really nice views as they moved along close to the beach, eventually settling down in water only about 30 feet deep! For some reference, the humpbacks around here get to around 50 feet. They were in water shallower than they are long! We stuck around and got some awesome views, including a couple of nice tail flukes! 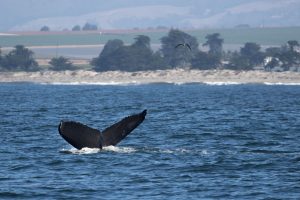 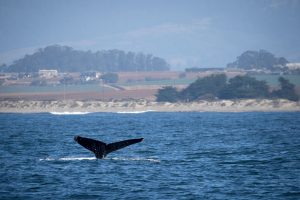 We were also joined by some of the other cool local wildlife – I hummed the Jurassic Park theme song as a group of Brown Pelicans flew by (https://www.youtube.com/watch?v=YSRDHBzRdic), and a Sea Otter played around in the kelp next to us. 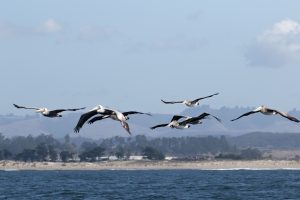 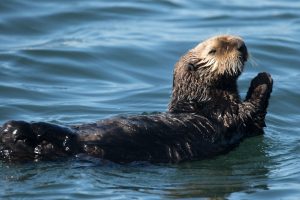 We stuck with this pair for the trip because they were being so nice and giving us good looks, but eventually, it became time to turn around. We got some nice final looks, headed back into Monterey, ate a bagel, and came straight back out. 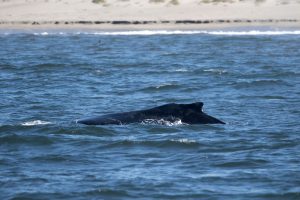 For our afternoon trip, we headed in a similar direction. We didn’t quite get all the way to Moss Landing, and we were sitting in deeper water a bit further offshore, right on the edge of the Monterey Bay Submarine Canyon. Our first looks were at a nice group of three – diving deep looking for food, but giving us some good looks on surfacing. 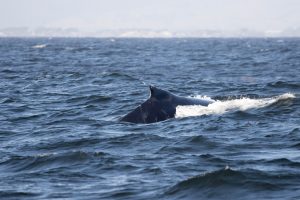 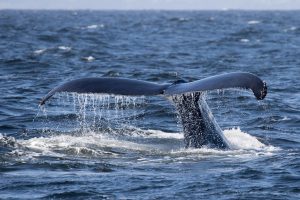 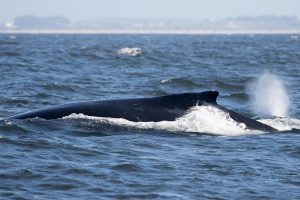 We were sticking around watching this group when all of a sudden my attention was grabbed by a collective, excited yell from the boat. I flip my head around to the other side of the boat, and see a full breach! Another whale had entered the area and jumped completely clear of the water! An absolutely amazing sight. We immediately switched our attention to this side of the boat hoping for more. Funny enough, we didn’t get another breach but we did get something equally as cool – a lunge feed! A double vertical lunge feed! What happened here was likely a whale ringing the dinner bell upon finding food, and then getting straight into snacking. These surface behaviours such as breaching are hypothesised by some scientists to be used as communication when an individual comes across a food source (https://bit.ly/2nFJE5k). So it was super cool to see this in action! I was a bit too excited to get a photograph at the time, but here are some older shots of the same behaviours. 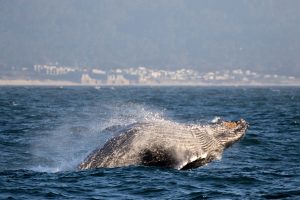 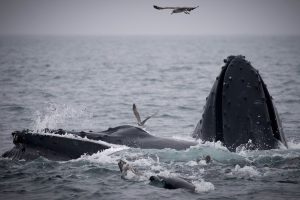 These individuals calmed down a little bit afterwards, but still gave us amazing close looks, and some awesome tail flukes. After reviewing the photos I noticed one of them had a unique white pattern on the underside of the fluke – a whale named Fran, that we see here quite often! 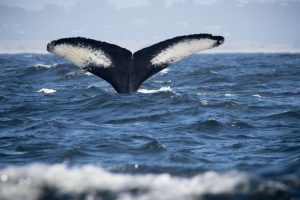 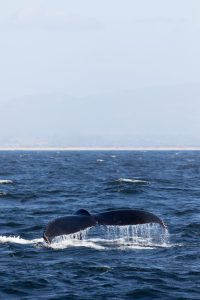 And Reed pulled a beach ball out of the sea. Great day. 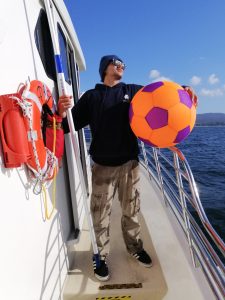