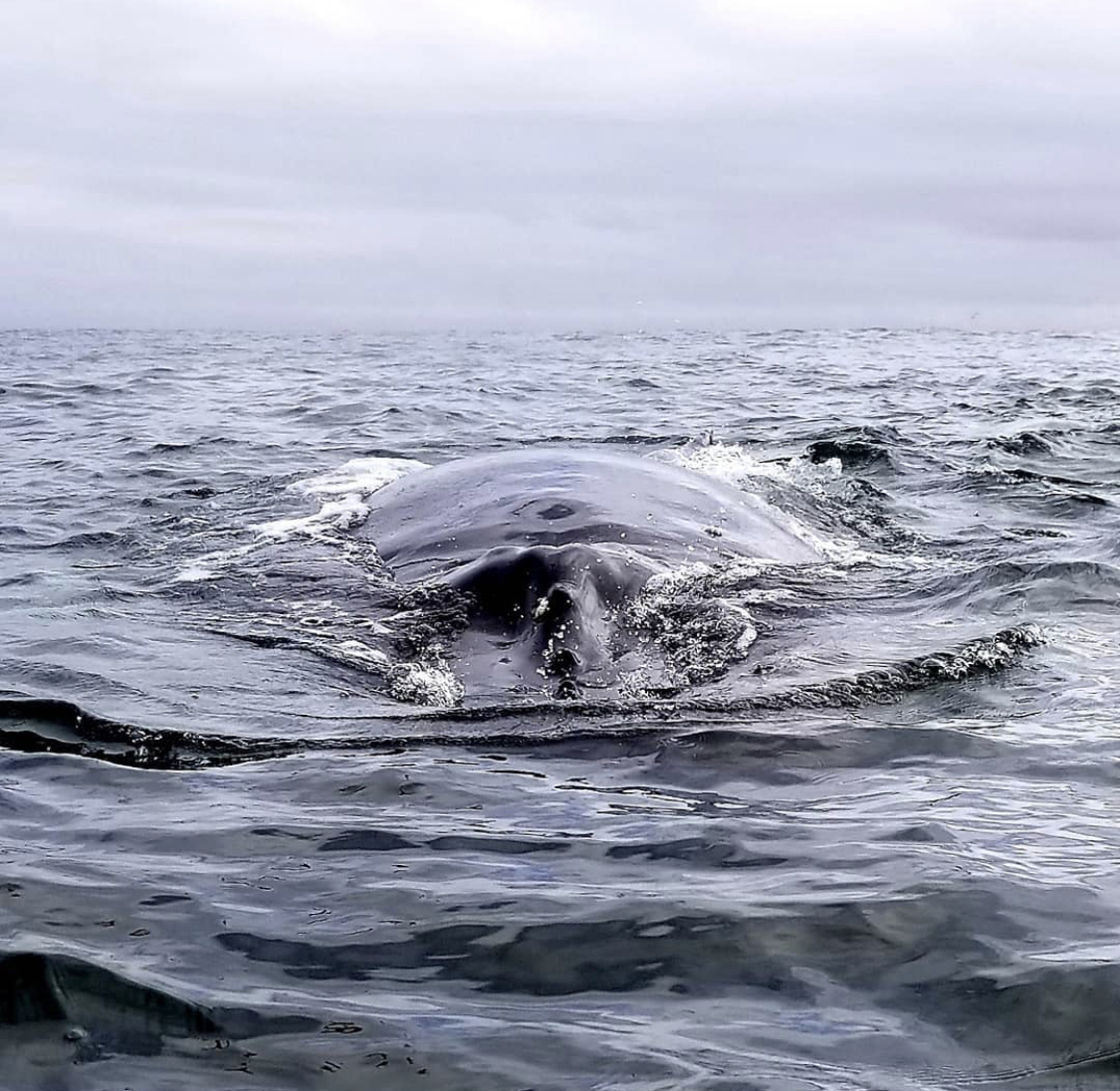 More bliss. Captain Matt spotted three humpback whales not long after leaving port, one of which might just be the largest humpback I’ve ever seen. Seriously, I could hardly suppress a giggle, marveling at the mere size of the beast. Another humpback soon joined the frey, and the fearsome foursome quickly set about the anchovy hunt with alacrity. As each humpback eats between 2,000 and 4,000 pounds daily, some 240,000 anchovies were doomed to contribute to the fueling of the greatest migration of any mammal on the planet. Did I mention the weather? One might swear we were in the tropics! After scanning the beaches for Bottlenose Dolphin, we enjoyed the company of some lazing Sea Otters alongside China Point before calling it a day. -Zay, Naturalist 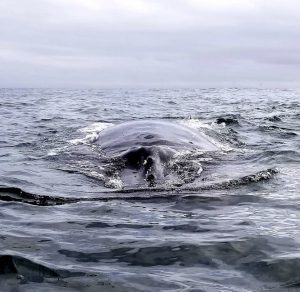