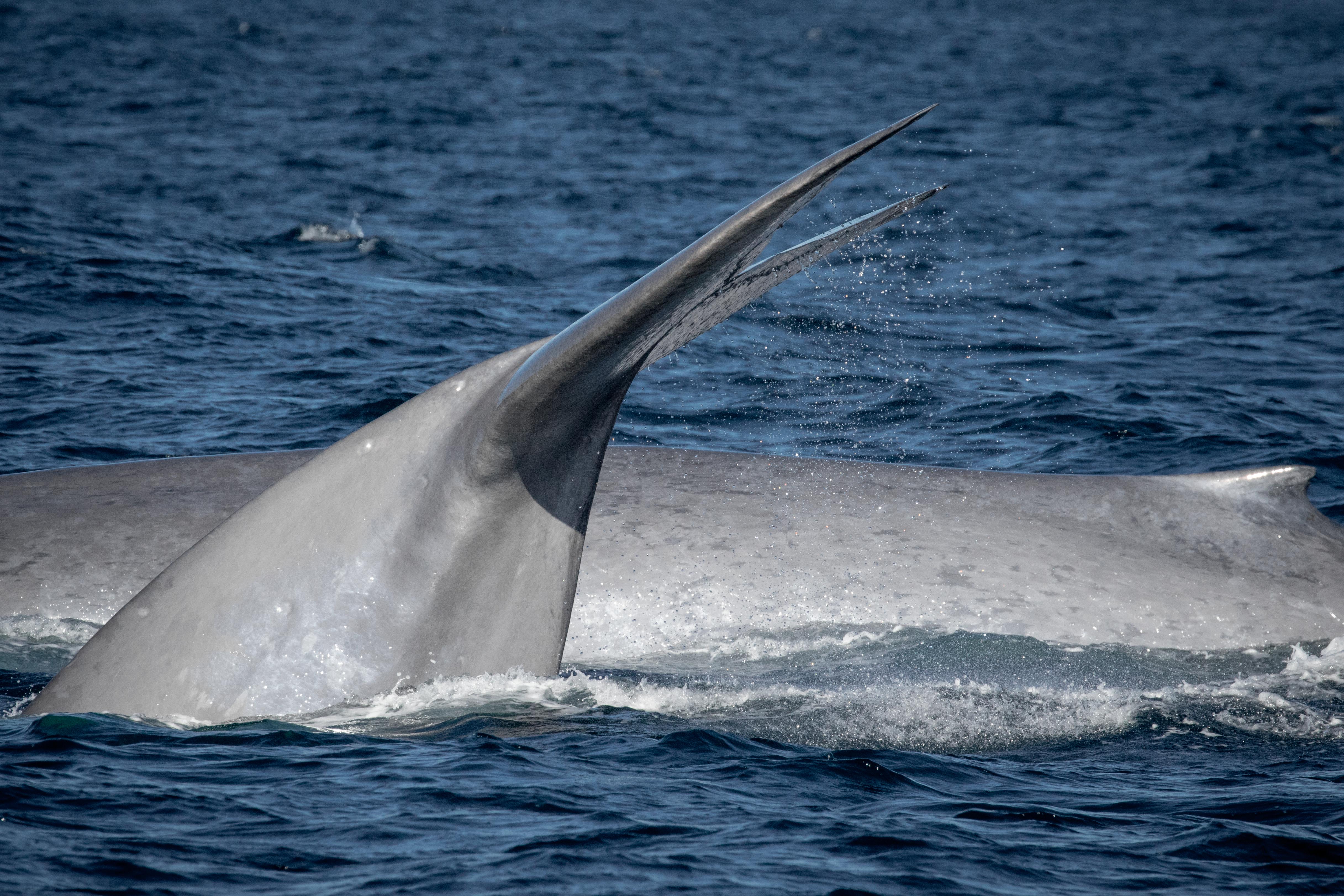 We set sail aboard the Pacifica with Captain Rod, deckhand Andrew, and myself (Naturalist Pete). The day was hot, the swell was small, and the wind was barely noticeable. We started off pointing towards the middle of the bay, where the humpback whales had been located recently. After about a 10 minute drive, we received word of some cool stuff happening offshore, so we started pointing out west. As we’re moving, we see a distant breach right off Point Pinos! We couldn’t pass up the opportunity, so we made our way over to check that whale out.

We came across a nice pair of Humpback Whales moving quite lazily. Although we didn’t get anymore breaching, we got views that were arguably even better. This pair started off a good distance from us, and then after diving down, surfaced right next to the boat. Captain Rod maintained the boat in neutral when they came close to ensure their safety, and they cruised along next to us for a bit. Amazing views getting really nice detail around the heads of these two Humpback Whales. 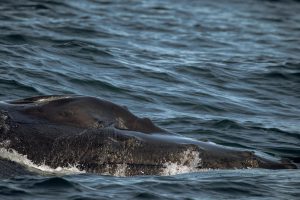 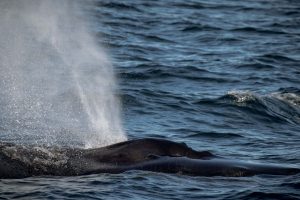 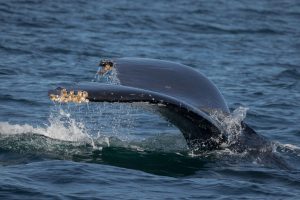 They dived again and then surfaced close again. The next surfacing they passed under us and started pointing their way into the bay. We then pointed the bow out of the bay and continued on our adventure.

We had received word of a pair of blue whales with a boat a few miles ahead of us. As we’re approaching, Andrew suddenly notices a blow much closer – another blue whale! We stopped the boat to hang out with this individual for a little bit and were treated with awesome views.

Normally blue whales take long dives and move around while they’re under the surface, but this individual was much nicer. It would take super short dives, it wouldn’t move very far, and it would stay at the surface for quite a while. This allowed us to get super nice and consistent looks. We even saw it poop! Coloured red from all the krill. 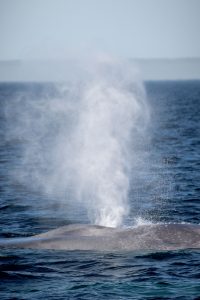 After getting our eyes full, we left this individual to head down south and see what else was around. It almost felt like Deja Vu. After a few miles, Andrew calls out another Blue Whale nice and close, pretty much directly parallel to us. We stop the boat and notice that this was actually two individuals. And they behaved for us as well! They slowly moved closer to the boat whilst taking super short dives and super long surfacings. This all grew to a crescendo as one showed off an enormous fluke on its way down. Probably the best blue whale fluke I’d seen so far! 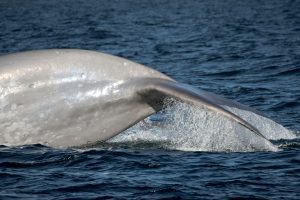 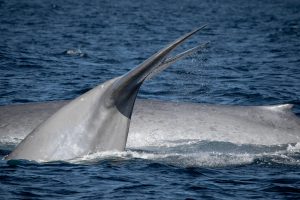 We leave this pair on their own and started pointing out west. Another boat was out there with a pair of Fin Whales! We were super excited as Andrew hadn’t seen this species in over a year, and I had only seen them once before! They seem to always pop up on my days off. Not today!

We initially had a bit of trouble locking down this pair as they moved fast and changed directions a lot. And a Humpback Whale was swimming along with them just to add to the confusion! Regardless, we still managed to get really nice looks at our third large baleen whale of the trip. Nice. 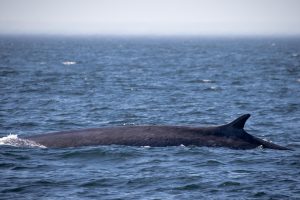 We capped the trip off by having a look at some friendly Sea Otters hanging out in the kelp forest by the Hopkins Marine Lab. Beautiful day, beautiful animals. 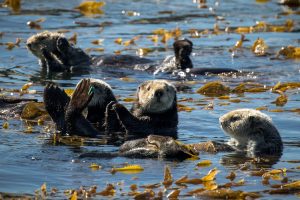