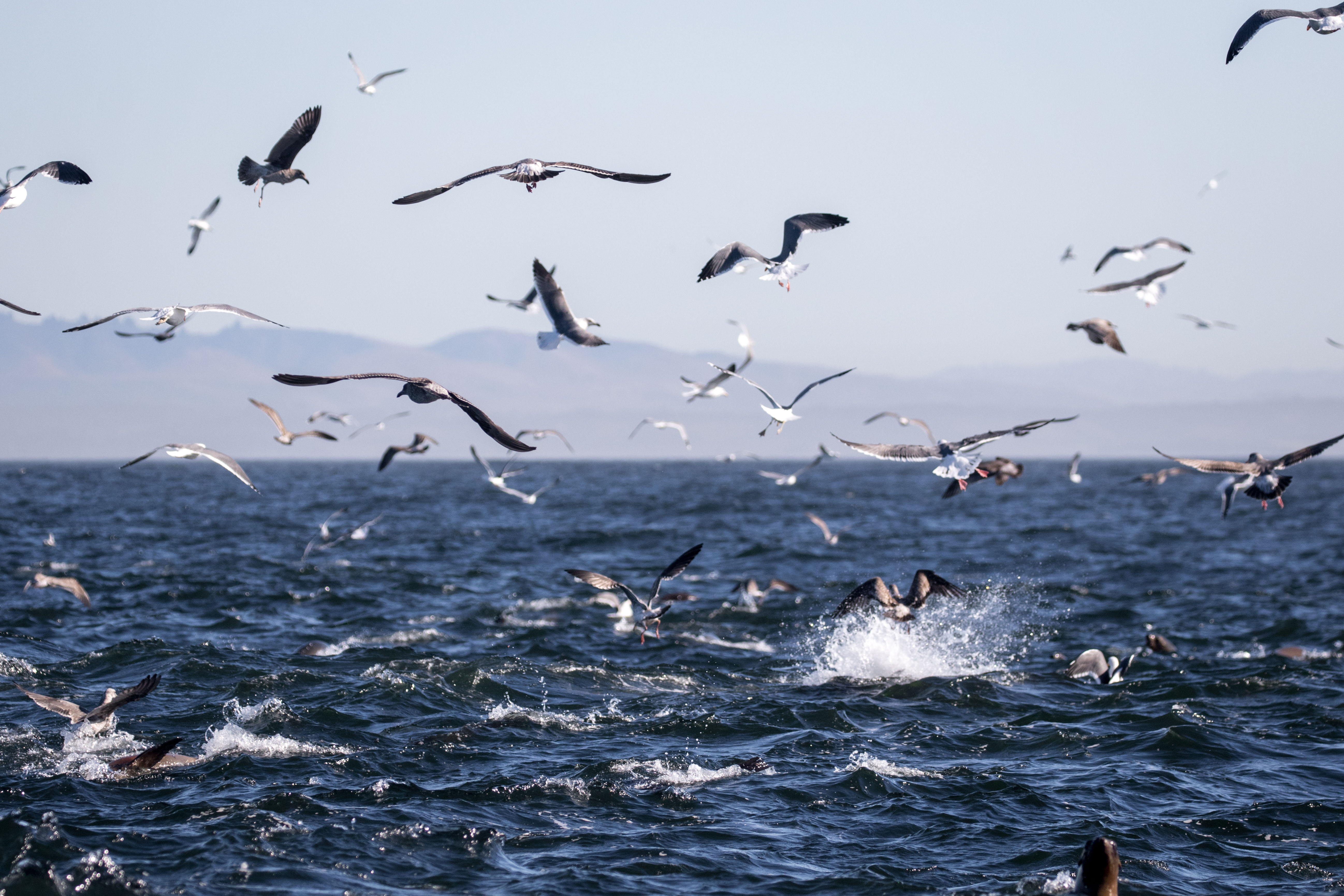 Today we had 60 passengers joining us off a visiting cruise ship, the Royal Princess. Eric and I greeted them all as they were shuttled from the ship to the wharf, and after signing everybody in we split the load between the New Horizon and the Pacifica. I hopped onboard the Pacifica with Captain Rod and deckhand Andrew, and we set off sail to find some whales! If today was anything like yesterday, we knew that it wouldn’t be tough to find them.

We had a few minor bumps but it was still manageable with a light wind from the North. We pointed the boat in towards the middle of the bay, moving North-West from the harbour. It wasn’t too long before we came across our first whales, a nice pair of Humpbacks! These whales gave us some nice early views and were actually pointed right towards a group of three. We followed alongside them as they moved closer to the group, and when we got there we found a true feeding frenzy! The seabirds were going absolutely crazy. Pelicans, Cormorants, Gulls, Shearwaters, Auklets, and Murres were all partaking, alongside the hordes of California Sea Lions. This was actually so awesome that it stole our attention away from the whales for a moment. Lost in the amazing sight of all these animals going after the fish. It was a bad day to be an anchovy out there in the Monterey Bay. 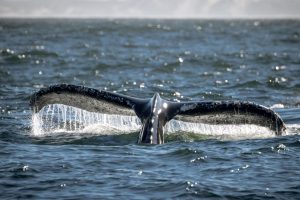 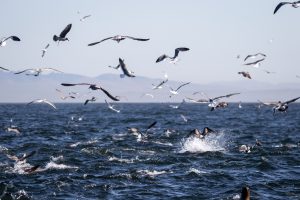 After getting our eyes full of the feeding frenzy for a bit, we noticed that the whales had moved off again. We sat parallel to them for a while and again got some really nice views. Close passes, big tail flukes, and we even heard a few trumpet blows! These are pretty self-explanatory, the whale makes a big loud noise like a trumpet from its blowhole. Actually I’ve always thought it sounded more like a trombone. Or even like one of those velociraptors from the Jurassic Park movies! Awesome stuff. 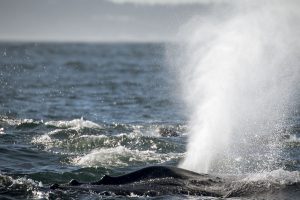 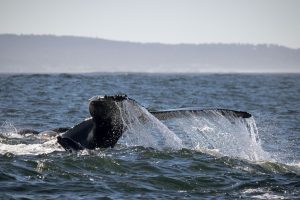 We finished the trip off by pushing a little bit further north to catch up with some dolphins! We got some really nice looks at Risso’s Dolphins. There were a couple of hundred in this pod, and we had another one of those days where they surfaced all around us! 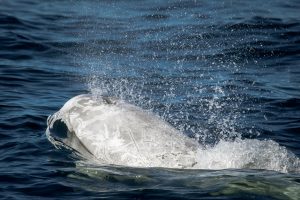 Our dolphin experience finished off with a brief visit by some bow-riding Northern Right Whale Dolphins! Crazy stuff. 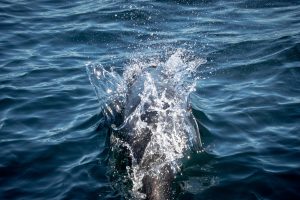 Another great day out there!