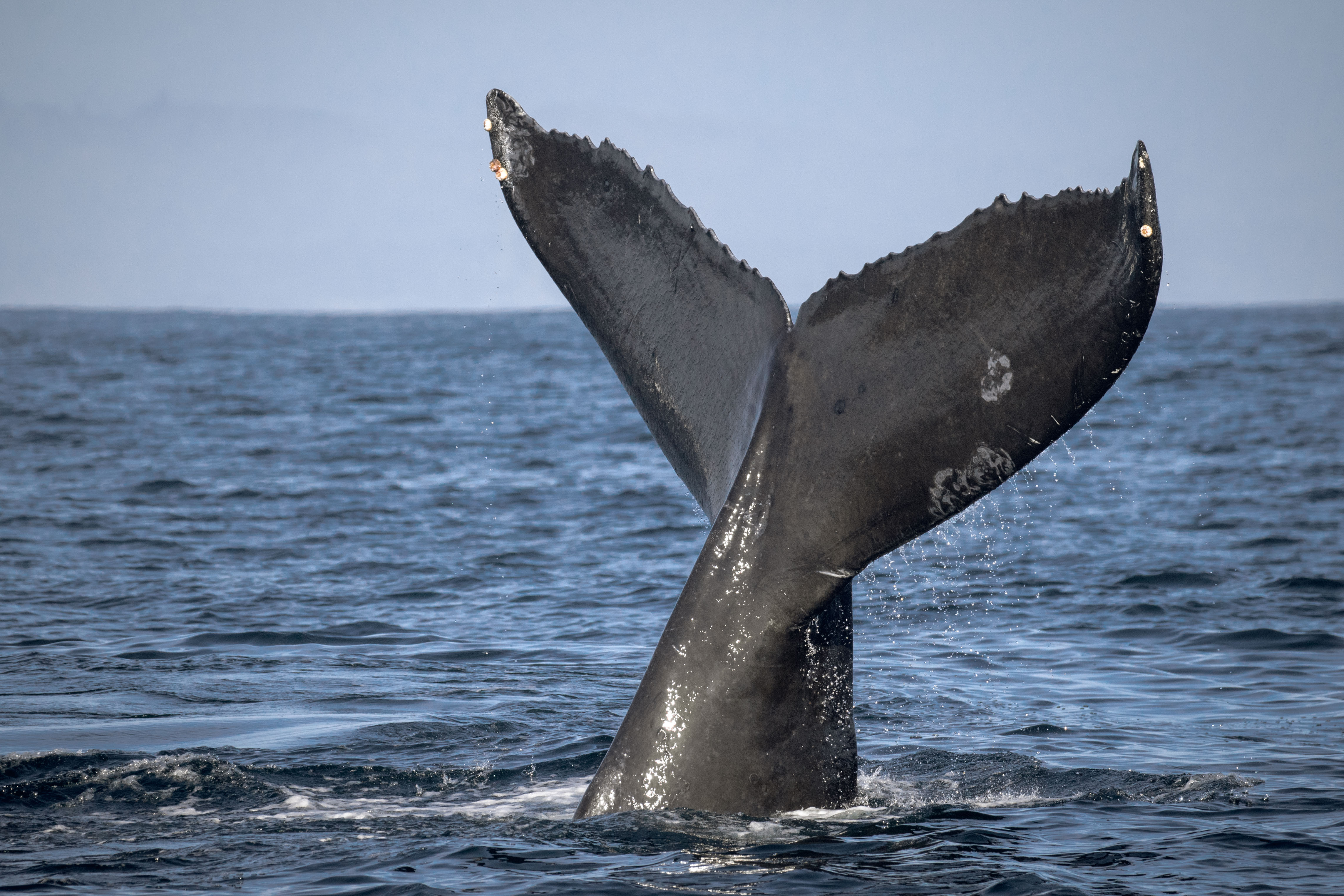 We had a pretty large swell today, although it was still quite comfortable due to the waves being quite spread apart. Although the wind was predicted to pick up, I barely felt a breath of it once we got offshore. I was only working the afternoon trip, and I showed up ready to go see some whales! I joined Captain Matt and Deckhand Kevin aboard the Pacifica, and off we went.

We initially thought to go South-West, where the morning trip had found some success. We chugged out past Point Pinos and found an absolutely enormous feeding frenzy of seabirds and California Sea Lions! Suspiciously, there were no whales. This workup was so big that any self-respecting whale in the area should have been going crazy, but it looks like they had all found other places to go. A radio call from another boat told us that there were no blows to be seen down south, so we turned northeast and headed in towards the middle of the bay.

Soon enough we came across our first humpback whales of the trip! This was a pair of humpbacks heading west, pointing straight towards a big feeding raft of sea lions. We followed alongside them and then a third humpback whale joined the area! These three humpbacks worked with the sea lions for a little bit, taking long dives and then popping up alongside the sea lions. Amazing looks! 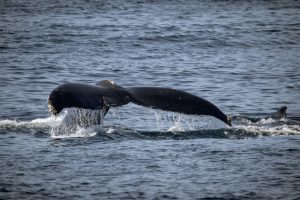 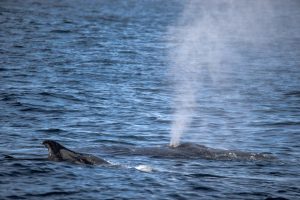 After a bit of this, the whales and the sea lions split up. The sea lions disappeared somewhere off north, and our original humpback pair started having a bit of a snooze! They would go down for a bit, and then pop up logging at the surface for a pretty long surface time! As they would go down, one of the pair would stick its fluke up SUPER high, truly showing off just how immense these guys are. We got a nice double fluke with this at one point as well! 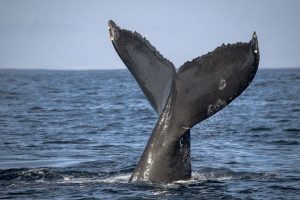 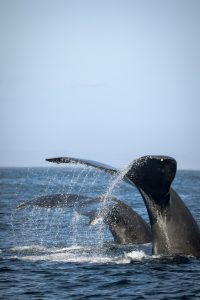 We left these humpbacks to it after a bit, heading down to catch up with another feeding pair of humpback whales. We watched them surface a few times with a handful of sea lions, again getting really nice views. One of my favourite things about whale watching in a big swell is when the boat falls down, and the whales are pushed up by the swell. It makes it feel as if you are looking up at the whales. Awesome stuff! 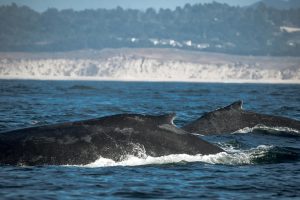 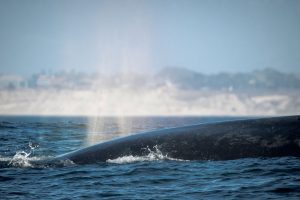 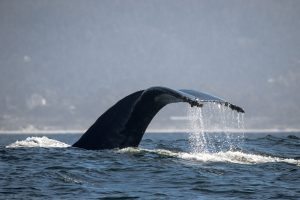