October 12 – The bay was full of Humpbacks and Risso’s! 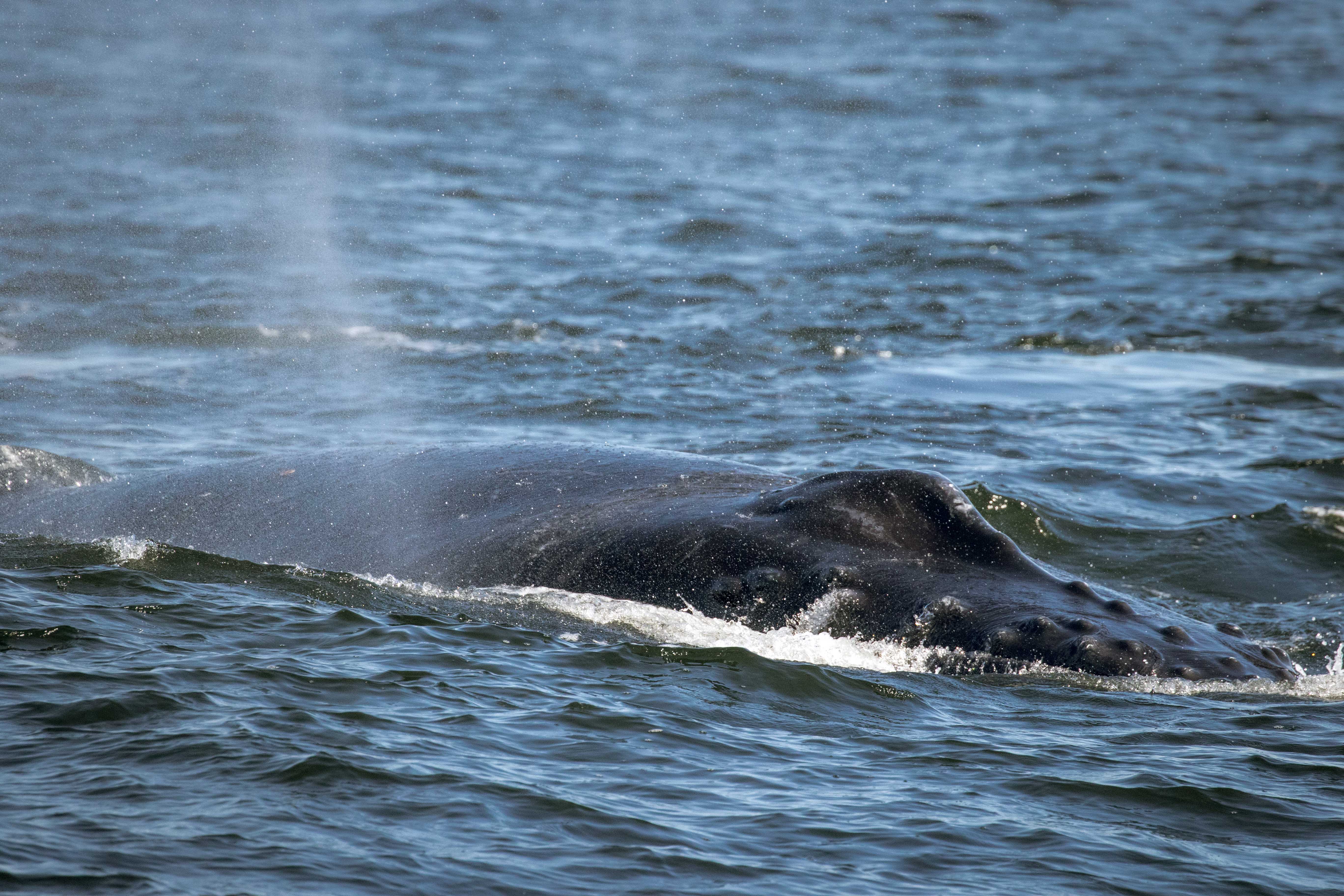 Absolutely no shortage of cetaceans out there on the bay today!

The conditions were looking favourable again as we set sail on the New Horizon with Captain Danny, Deckhand Alfredo, and myself (Pete). After a couple of weeks where the humpbacks were relatively spread out and in low numbers, today was definitely a turning point. We came across our first pair after about 30 minutes. These two were hanging out North-West of Monterey harbour, and they gave fantastic views! They didn’t dive for too long, they fluked up nice and big, and they were quite predictable. At the same time, we got our first looks at another species as a group of 5 or so Risso’s Dolphins came up to say hello. 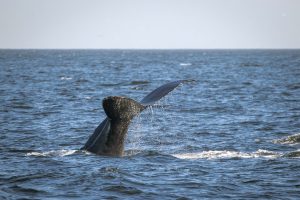 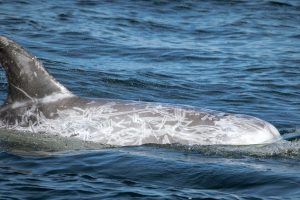 It wasn’t even 10 am, and we already had two cetacean species under our belt. We were receiving reports of many, many humpbacks all around the bay, so we decided to keep pushing out on our journey to see what else we could find. We continued pointing north, heading towards the Monterey Bay Submarine Canyon. We had a light north-easterly breeze, which helped to calm down the swell, leaving us with some very nice and smooth sailing.

As we chugged along, we would see another spout every couple of minutes. Lone humpbacks were feeding pretty much everywhere, and we probably passed around ten individual whales before we found a good place to stop.

We finally slowed down after reaching an area with a good density of whales – about three groups in a quarter-mile radius, with around 8 or so whales between the groups. We picked a group of three to focus on, and it definitely paid off. We stopped to wait for this group to resurface when Captain Danny pointed out some patterns on his depth sounder.

A whole bunch of small baitfish had moved under the boat – whale food. Just as I started to tell everyone to get ready for a close surfacing, I was interrupted by the sound of a whale blow. Three humpback whales surfaced directly next to us. The boat was already in neutral so the whales could safely move around. The trio slowly pushed forward alongside us, moving slowly and breathing heavily. 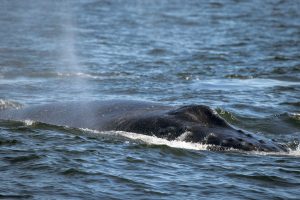 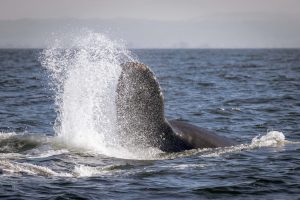 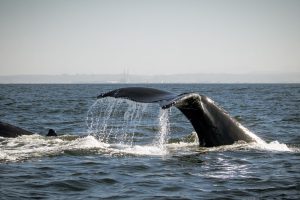 A breath of wind pushed their blows over the boat. We breathed in the horrible smell of humpback whale breath. Captain Danny yelled from the wheelhouse”Ah! Whale mucus!” as we felt a fine mist blow over all of us. A truly multi-sensory experience today! Seeing whales, hearing whales, and smelling whales. Also, tasting whale mucus for anybody who was unfortunate enough to have their mouth open.

This group continued to move, and we paralleled them at a comfortable distance once they had dived and resurfaced. Breathtaking, amazing, and peaceful moments with astonishing creatures. We got our eyes full, and the continued pushing on to catch up with our last sightings of the day.

A little further on, and we came across another group of Risso’s Dolphins. This group numbered a couple hundred, although they were spread out over about a half-mile area. We slowly drove through the area, getting good looks at a fair number of individuals. We also managed to spot some Pacific White-Sided Dolphins! There were around 30-40 of these guys, although they were a little bit too busy fishing for us to get a good look at them. 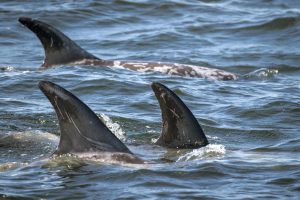 Before we headed back in, we found another pair of humpback whales in this same area and stopped to have some final looks. We had another awesome encounter, this time sitting in the perfect position to see some rain-blows! This is where the sunlight hits the blow perfectly and creates a visible rainbow. I managed to capture it this time! 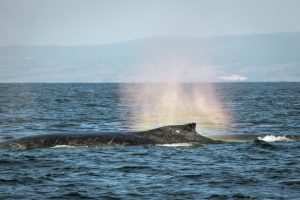 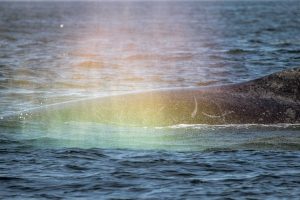 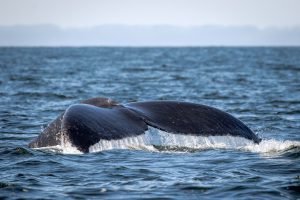 On the way back in, Alfredo and I enjoyed the sun while making fun of Captain Danny because he had to stay inside the wheelhouse and drove the boat. Another one of those days where I didn’t want to go back in (I feel like I say this every time. Do I say this every time?).

Beautiful day, beautiful animals. What more could we ask for?