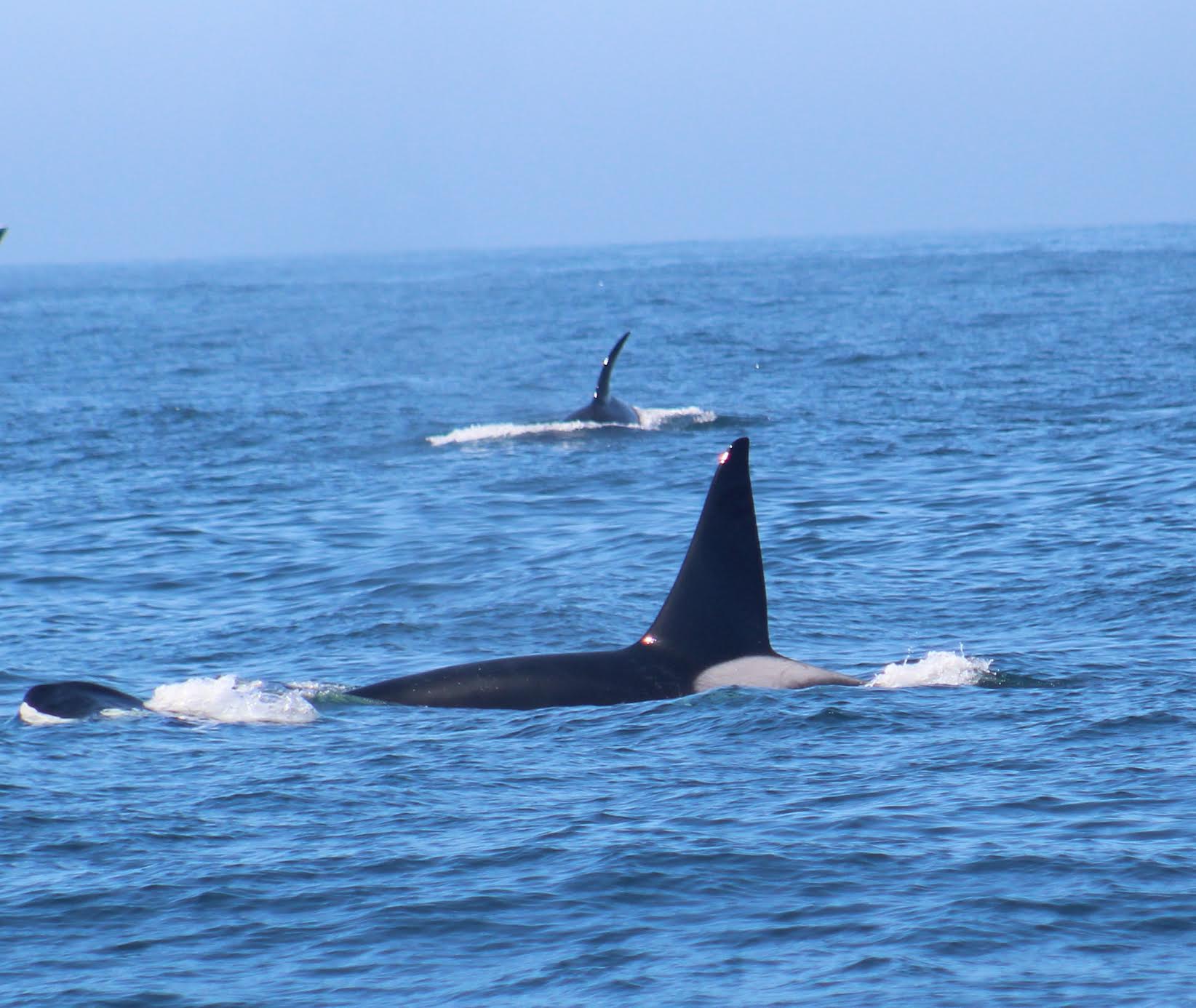 Killer Whales again today on the 9am trip! When we first arrived on scene they appeared to be feeding, but we aren’t sure on what. There were over 20 Black-footed Albatross in the area as well, certainly attracted by the smell and left over food floating on the surface. Black-footed Albatross travel from the Northwest Hawaiian Islands to the California coast to feed on ocean carrion and occasionally surface krill. We commonly see albatross gathered around Killer Whales. As the Killer Whales finished feeding, they began to exhibit resting behavior so we made our way out of the area to search for more wildlife. In total we sighted 10 Killer Whales, 12 Humpbacks, 25 Risso’s Dolphins, 3 Harbor Porpoise and 20+ Black-footed Albatross.