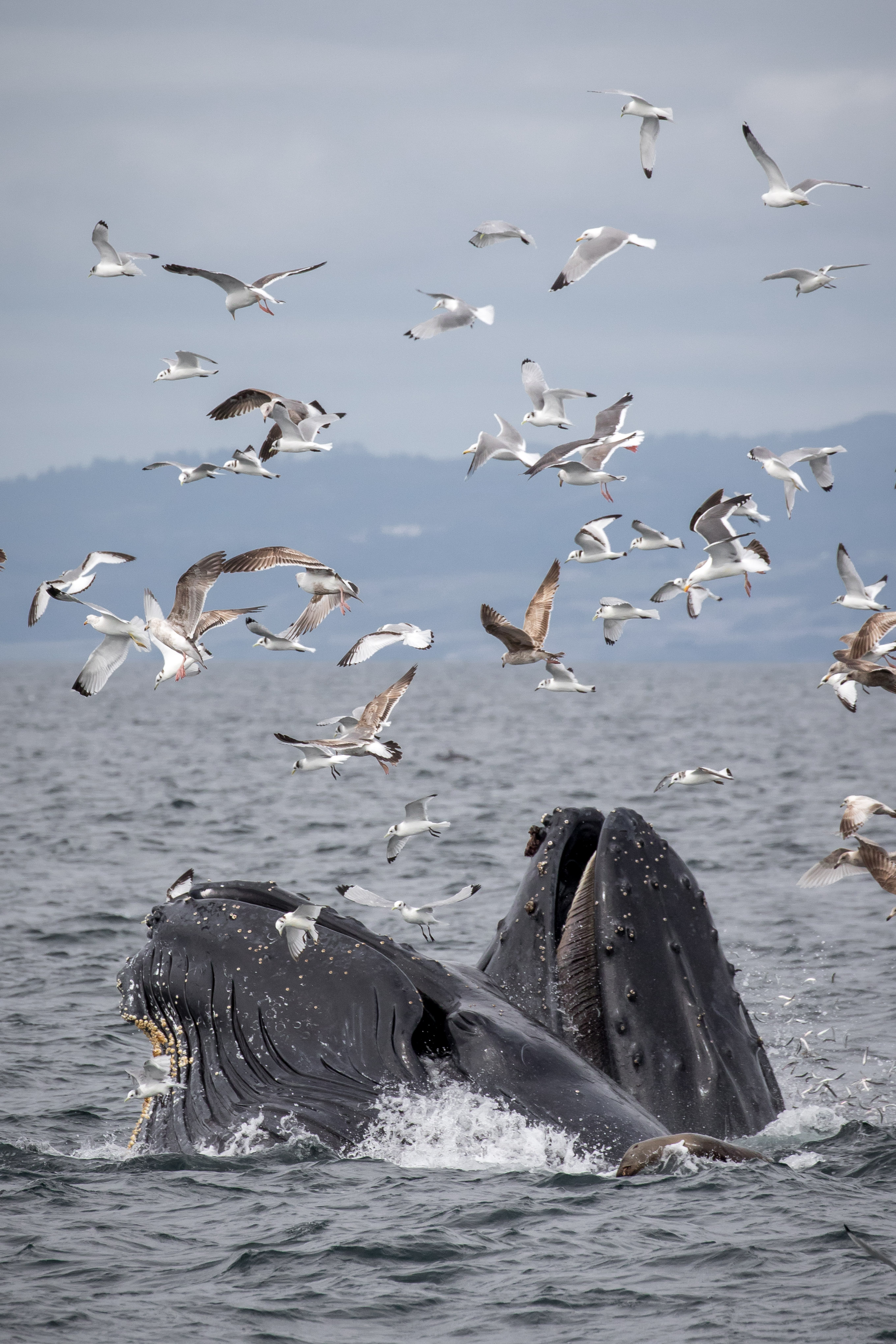 Captain Danny, deckhand Andrew and I had an amazing day out on the water! We had two trips with great weather, great wildlife, and great passengers! As we headed out west, our first sighting was a single Gray Whale moving north. As we approached this whale, we noticed it was acting a bit funny. We slowed the boat down and saw that it was moving alongside a group of Pacific White-Sided Dolphins! They moved north slowly together, and the dolphins were bow-riding the whale! At first, we thought the dolphins were harassing or annoying the whale, but then we started to think that they were actually playing together. This whale was moving on its back, throwing it’s pectoral fins into the air as if it were swimming the backstroke. At one point while the boat was stopped, the whale pointed right towards us and gave us super close views! 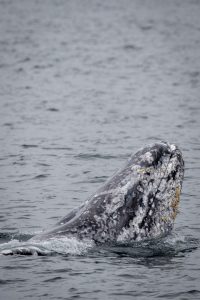 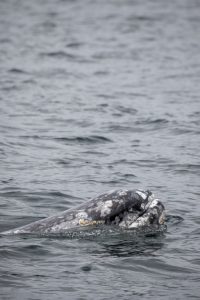 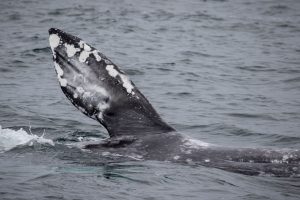 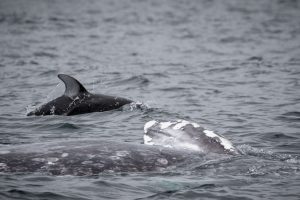 Unbelievable looks at this Gray Whale and dolphins. After a while, we left it alone after a second Gray Whale joined in on the festivities. We pushed a little bit further north and quickly came up to a group of feeding Humpback Whales! We split the rest of the trip between a few different groups of Humpback Whales, who at different times were feeding alongside California Sea Lions, Pacific White-Sided Dolphin, and Northern Right Whale Dolphins! Their food pushed to the surface at different times, and we could see the giant schools of anchovies right underneath the boat! As to be expected when the food is at the surface, the whales started displaying vertical lunge feeding. This became quite consistent, and we managed to get awesome looks and photographs of this beautiful behavior. 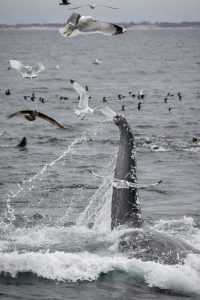 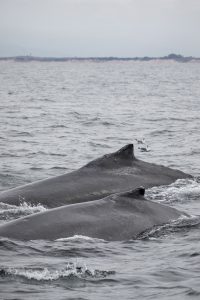 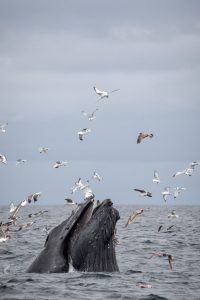 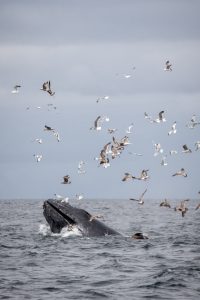 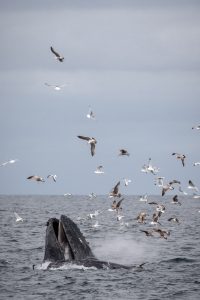 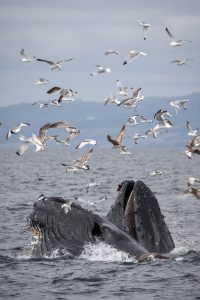 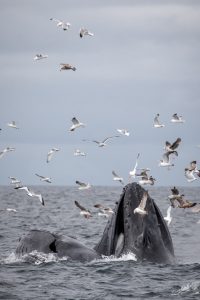 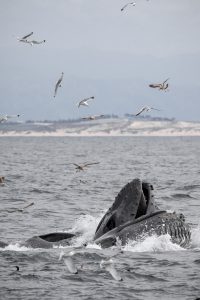 Eventually, at the risk of mutiny, we had to turn around and get back to the harbor in order to run our afternoon trip. By the time we got back out, the feeding had broken up a bit. We started off with an amazing group of Pacific White-Sided and Northern Right Whale Dolphins. These animals were playing with the boat, allowing us to have close views of bow-riding animals. Quite a few of them were getting acrobatic and leaping out of the water, even young calves! 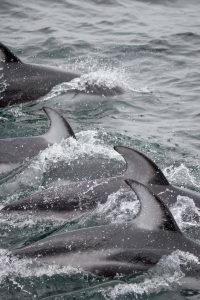 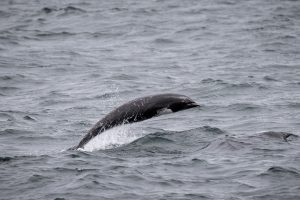 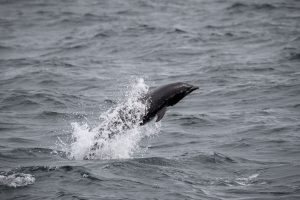 After spending a bit of time with these dolphins, we pushed north-east to find the Humpback Whales. We had about 15 Humpback Whales in the vicinity, each of them hanging out in groups of three to five. Our last group was the greatest of them, as three Humpback Whales pushed super close! We had stopped the boat, and these three came close enough that the wind was pushing their spouts over our faces as they played with Pacific White-Sided Dolphins. 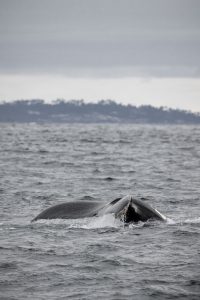 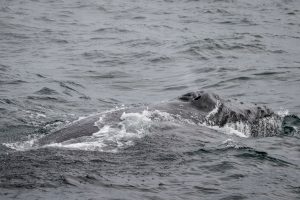 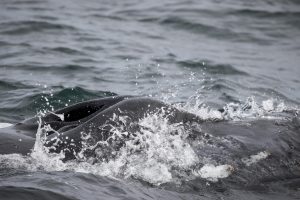 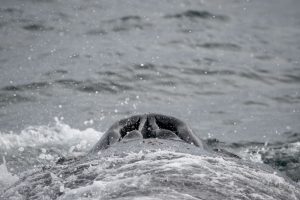 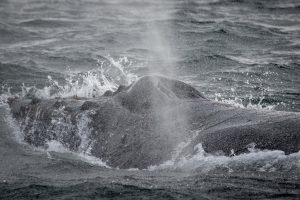 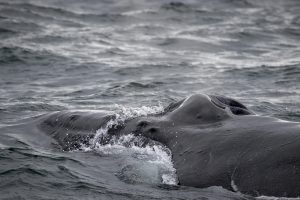 Absolutely astonishing day out on the water, and a great time to come out with us! Let’s see what we can find tomorrow!