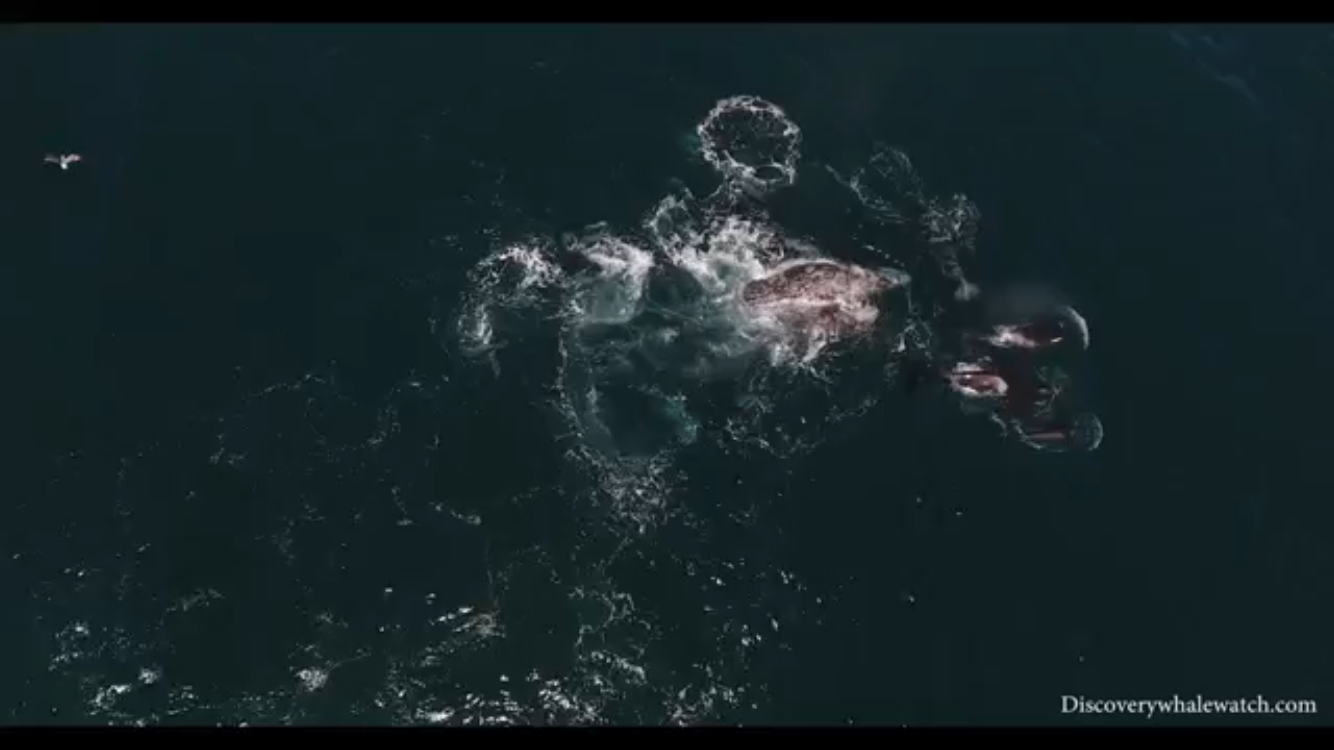 Our most incredible trip yet! We came upon a dramatic scene of Killer Whales attacking a Gray Whale mother and calf pair just north of Marina, CA. After a long battle, the Killer Whales actually gave up and left the Gray Whales go. This is something we only see very rarely! The Gray Whale mother appeared to us, to be very experienced, as if she has defended calves in the past from Killer Whales. We don’t know how the Gray Whales fared after the attack, but we did observe them slowly swimming toward shore as the Killer Whales took off at high speed to the west. Something else happening in the bay seemed to draw the Killer Whale’s attention more urgently than the attack we witnessed; it is very unlikely that they simply “gave up” after nearly finishing such a hard battle. The Killer Whales involved in the attack were the notorious CA140’s and CA 163 – known commonly as “Emma’s group” as well as a few other individuals. We were able to capture some amazing drone footage of the attack that really exemplifies the strategy and maneuvers the Killer Whales use during a hunt, as well as the defense techniques of the Gray Whale mother to protect her calf. You can view the drone footage here – but beware, its not for the faint of heart to watch. This incredible encounter is certainly news worthy and was covered on TV by KSBW and CBS and in print by Monterey County Weekly.